“A lively start to a series that, in the past, has been too gentle and friendly” 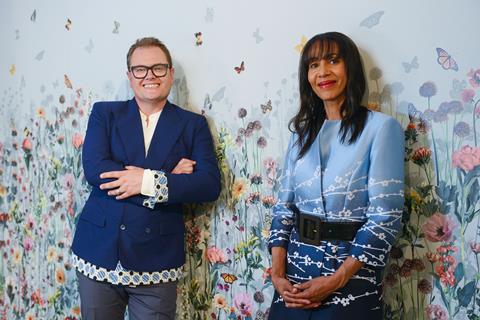 “I’m not one to tune into a competition series week-in, week-out, but I make an exception for Interior Design Masters. Despite wrangling a large group, Interior Design Masters excels at introducing its competitors, and it wasn’t long before I had my favourites. It is much more about the contestants than the rooms they paint.”
Emily Baker, The i

“The hour was filled with a sense of delicious inevitability, as Paul made a series of terrible design decisions and engineered bitter stand-offs with his partner in the competition, Amy. It all made for a lively start to a series that, in the past, has been too gentle and friendly. This time, contestants like Paul have introduced a competitive edge — and that promises to be much more fun. Especially if, unlike Amy, you enjoy a bit of conflict.”
Christopher Stevens, Daily Mail

“A quiet, optimistic story of female defiance in a country where the reporters’ gender and status represent the kind of handicap that’s hard to imagine in the comfortable West, it could have been scripted as a Hollywood film (and still might be) as the journalistic successes mounted. However, you’d need a properly charismatic performer to capture the magnificence of the bureau chief, Meera Devi. Her patience, brains and charm lit up the screen.”
Ben Dowell, The Times

“Perhaps the synopsis doesn’t grab you: a documentary about a newspaper in Uttar Pradesh, staffed by women. But it delivered because so much of modern India was captured here, from its adherence to the ancient hierarchy of caste, the treatment of women, endemic corruption and the rise of Hindu nationalism. For a primer on Indian politics, you could do worse than start here.”
Anita Singh, The Telegraph

“With no voiceover, the film was atmospheric but suffered from a lack of depth and explanation. We didn’t learn essential information such as how Khabar Lahariya was funded or who founded it. I’d love to know more. The outstanding journalism of Sunetra and her colleagues deserves our support.”
Christopher Stevens, Daily Mail

Inside the Convent with Stacey Dooley, BBC1

“By its very nature, it didn’t make for the most exciting TV, but it was a rare insight into a life very few of us will ever experience first hand.”
Emily Baker, The i