It’s a Sin; The Investigation; The Trump Show: Downfall

“Probably the best thing Russell T Davies has ever written.” 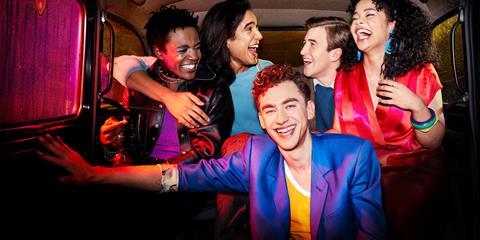 “It is probably the best thing Russell T Davies has ever written. The gay community, devastated by this disease, was treated with ignorance and sometimes astonishing cruelty by society at large. Davies doesn’t shy away from any of that. But what he has delivered is a drama that radiates joy.”
Anita Singh, The Telegraph

“It’s a Sin is wonderful, a hedonistic, mischievous, perfectly engineered piece of comedy drama that I watched in one go.”
Camilla Long, Sunday Times

“This series about five young friends joyous and free in 1980s London, just as AIDS began to ravage its way through the city, quickly lodged itself into my heart and hasn’t budged since. Set to 80s classics from Pet Shop Boys, Bronski Beat, Culture Club and Erasure, It’s a Sin was a perfect weave of joy and sorrow, and one of the most affecting TV shows I imagine we’ll watch this year.”
Kasia Delgado, The i

“It’s possible some will complain that Davies does not treat the subject as sombrely as it deserves. This is nonsense. Fleetness and funniness are the essence of life, and only by making them as central to characters, as Davies does, can you convey the depth of the tragedy about to unfold. It’s a Sin looks set not just to be to Queer as Folk’s companion piece but its companion masterpiece.”
Lucy Mangan, The Guardian

“It’s a Sin is funny and touching and sentimental, even when terrible things are happening, such as death, or estrangement, or young, frightened, dying men being locked in hospital rooms. It is a drama that could only have been made once stories of gay love and gay lives had become an uncontroversial fixture of mainstream popular culture, and it’s obviously thanks in large part to Davies that they have.”
Hugo Rifkind, The Times

“The best show in a great week was The Investigation, a Danish crime drama based on the murder of the journalist Kim Wall. We’re not even shown pictures of the man who is said to have chopped her up and flung the body parts out of his Frankensubmarine. We’re given little information about the woman herself. We’re invited, instead, to focus on the bizarreness of the crime and the gnarly impossibility of the mission undertaken by the head of the investigation”
Camilla Long, Sunday Times

“Just when you think you’ve had quite enough of true-crime murder stories and Scandi noir, along comes The Investigation to show that there’s life left in both. The Investigation is pacy and thorough, full of restrained Viking people calmly saying ‘O’ at each other when horrible, remarkable facts come to life. Bizarrely for such a horrible story, it is sort of soothing. You almost wish they were in charge of everything.”
Hugo Rifkind,The Times

“The Investigation was a crime drama in which neither the victim nor murderer appeared. It was a bold approach and laudable in its intent. In televisual terms, however, it was about as thrilling as watching the test card. Only without a toy clown or game of noughts and crosses to divert you.”
Anita Singh, The Telegraph

“It was inspiring to see the extraordinary efforts of the divers, scientists, police dogs, lawyers and everyone else who helped find out what happened to Wall. The drama had none of the mawkishness, sensationalism or voyeurism that can blight true crime dramas; there were, refreshingly, no shots of dead bodies at all. Yet it was still gripping, and all the more so for its subtlety and humanity.”
Kasia Delgado, The i

“Much of this postscript to last year’s excellent The Trump Show series already felt like old news, so fast have events unfolded in his presidency. However, it was worth it for the last 15 minutes in which, packaged together, the final weeks of Trump’s term seemed like a surreal Hollywood plot twist.”
Carol Midgley, The Times

“The concluding episode of The Trump Show – titled Downfall to hammer home the final-days-in-the-bunker feel – would probably fascinate audiences 20 years from now. But for viewers who watched this all unfold on the news a few short weeks ago, it felt surplus to requirements.”
Anita Singh, The Telegraph