“This was scorched-earth comedy, where sacred cows were piled atop a pyre and set gleefully alight” 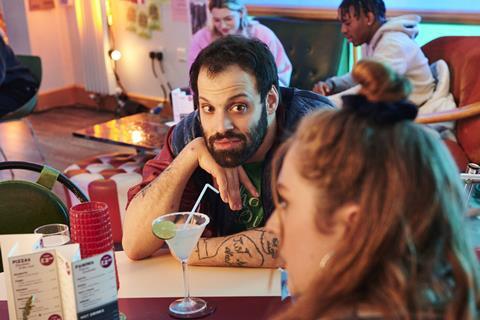 “The rest of the first episode is a funny meditation on the absurdity of a society that seems predicated on giving everyone the right to self-define but readily shows its true colours in crisis.”
Stuart Jeffries, The Guardian

“I hadn’t expected it to live up to its reputation as Curb Your Enthusiasm with a disabled protagonist and in some ways it doesn’t. A poky deceased OAP’s flat in drizzly London is hardly a millionaire writer’s villa in Beverly Hills and Tim Renkow, who suffers from cerebral palsy, is not Larry David. Yet both series push the boundaries splendidly into dark, dark humour and political incorrectness and both have selfish, thrillingly unlikeable lead characters.”
Carol Midgley, The Times

“Tim can get away with taking advantage of everyone because his disability is his free pass, and Renkow can have endless fun with that idea. It also means that the sitcom can get away with things that others might not in these fevered times. Tim’s suggestion for a cocktail order at the college bar? “Consensual Sex on the Beach.”
Anita Singh, The Telegraph

“The second series of Tim Renkow’s Jerk set out to right that wrong in the most combative fashion imaginable. This was scorched-earth comedy, where sacred cows were piled atop a pyre and set gleefully alight. It was often funny. And even when it wasn’t, it was hard not to admire its commitment to being as dark as possible.”
Ed Power, The i

“There’s the core of a great idea here, poking fun at the sort of people who panic when they meet anyone with a serious disability. But a subject so sensitive needs clever, imaginative writing — not pratfalls and sight gags about walking frames.”
Christopher Stevens, Daily Mail

“It is a good quality programme, emotional without being cloying, delving deep into the lives of the contributors but never manipulative.”
Anita Singh, The Telegraph

“When such an exhaustive effort has been made to bring these families together, it’s a pity that the show’s format give so little information about their new lives – just a card and a caption at the end of the hour. This shouldn’t be like those property shows where we watch couples wrestling with a choice of three holiday villas in Spain… only to find out at the end that, after the cameras went away, the deal fell through. Long Lost Family wrings out our emotions so thoroughly, we deserve a little more reward than that.”
Christopher Stevens, Daily Mail