Jonestown: Terror in the Jungle; Cornwall: The Fishing Life; 24 Hours in Police Custody 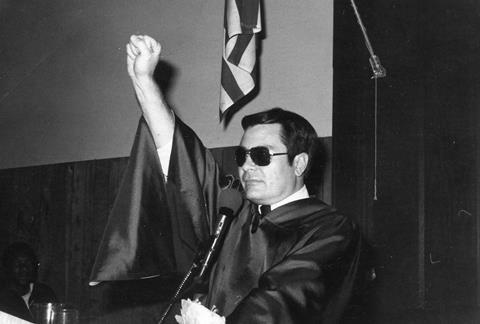 Jonestown: Terror in the Jungle, BBC4

“The film doesn’t interrogate too closely how genuine or calculated Jim Jones was. Perhaps Jones and his origins are slightly glossed over simply because there is so much to be heard from the survivors – including two of Jones’s sons, Jim and Stephan – who, 40 years on, are only just at peace with their experiences.”
Lucy Mangan, The Guardian

“Despite a somewhat overheated sensibility, with perpetual dramatic music (being an American buy-in), it is as good an explanation as we’ll get about something that seems inexplicable. The authority of any documentary rests or falls on its voices and this one had not just Jones survivors but also the cult leader’s childhood friends and even his sons.”
James Jackson, The Times

“This was the first of two 80-minute films and the length paid off, allowing director Shan Nicholson to assemble a meticulously detailed portrait of the way Jones built up his ‘Temple’ and persuaded ostensibly rational people to follow him.”
Adam Sweeting, The i

“The soundtrack to the docusoap had, early on, an almost spaghetti-western quality, which is a welcome change from pizzicato strings. This made sense when we saw the Cornish village of Mevagissey deserted in winter like a ghost town awaiting a man with no name to trot in on his mule.”
James Jackson, The Times

“This new six-parter brings us into the lives of the fishing families of the village of Mevagissey. Unlike other ports, Mevagissey is enjoying a comparative boom but that doesn’t mean that fishing the Cornish coastal waters is a licence to print money. Frequently, the fishermen are only one bad season away from bankruptcy.”
Adam Sweeting, The i

“This was not a drama, but a grimly depressing account of a murder investigation, from the moment a dog walker discovered a youth’s body in woods, to the confessions of the killers. The real shock was how normal drugs culture has become, far beyond London.”
Christopher Stevens, Daily Mail