“As a showcase of the transformational power of sport, you’d be hard pressed to find better” 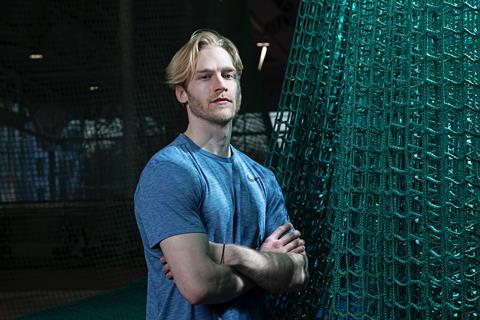 “Peacock was a polished and spirited presenter. With luscious lockdown bangs like a ginger mid-Noughties Owen Wilson, and an inexhaustible supply of high-fives and ‘awesome jobs!’, he was as bouncy as a Scout leader at an evangelical rock festival. There could have been more contextualising. And at two hour-long episodes, the material felt a little stretche. But it feels curmudgeonly to quibble when Jonnie’s Blade Camp so clearly belonged to the child amputees. More than any other action over the past two weeks, they embodied the Olympic motto: faster, higher, stronger. As a showcase of the transformational power of sport, you’d be hard pressed to find better.”
Alex Diggins, The Telegraph

“The athlete with the trademark prosthetic ‘blade’ leg proved just as much a natural in front of the cameras as on the track as he mentored five children in the first episode of Jonnie’s Blade Camp. Ahead of the Tokyo Paralympics, he demonstrated the perfect blend of empathy and fortitude. And he did so in a series that lauded the bravery of its young subjects without ever condescending to them.”
Ed Power, The i

“With so much positive energy on display, it’s frustrating that the two-part documentary is edited like an extended MTV video. The camera zooms, cuts and leaps, with clips speeded up or played back in slow-mo, to a soundtrack of synthesisers and drum machines. But if you can ignore the visual style, it’s a delightful, informative lesson on what amputees must overcome to excel at sport — and a rallying call to get the whole country behind Jonnie as he gets ready to defend his Paralympic title in Tokyo later this month.”
Christopher Stevens, Daily Mail

Daisy Maskell: Insomnia and Me, BBC1

“Did you watch this programme right before bed? I hope not. It may have prompted its own bout of anxious sleeplessness, which would have been ironic given Maskell’s honourable intent. Yet if it at times felt like a social media-fed take on a mental-health issue, the fields of science and psychology were on hand, offering their views on Maskell’s problem with interesting results.”
James Jackson, The Times

“It was a brave and frank film and Maskell commendably stepped outside her bubbly breakfast radio persona – she was a natural on camera and it was hard not to become invested in her struggle.”
Ed Power, The i

“What an inspirational half-hour it was: a triumph for the everyperson. Despite your toes going numb just watching, you were left with the distinct feeling that it’s time to get down to the local lido.”
James Jackson, The Times

“This five-part documentary offers a forensic look at sport and the stars it creates. It goes deep into the psychology of excellence, and how fame and expectations can have a corrosive effect on an athlete’s mental and physical wellbeing. It is fascinating and should appeal to sports lovers, as well as those who would have preferred to stare at a blank screen than watch any of the Olympics.”
Rebecca Nicholson, The Guardian