Judi Dench: My Passion for Trees; Peaky Blinders; The League of Gentlemen

”Dame Judi does delight quite vividly, with a girlish gasp and extra twinkling” 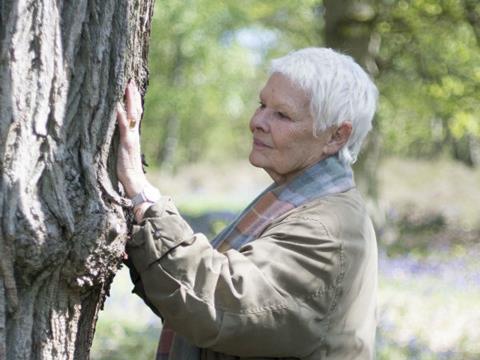 This was a documentary largely free of whizzy effects and microscopic zooms. Without Dench, it could have made a five-minute slot on Countryfile or Gardeners’ World, but with her the prosaic felt profound.
Gabriel Tate, The Times

Dame Judi does delight quite vividly, with a girlish gasp and extra twinkling. And it’s genuine — she truly is fascinated by trees.
Christopher Stevens, Daily Mail

Dench clearly adores trees and sees them in a very romantic and personal way.
Sam Wollaston, The Guardian

There’s simply nothing else on telly like it for lunatic plotting, outrageously stylised violence and slo-mo. If it ran at regular speed, the whole series would be finished inside an hour.
Gabriel Tate, The Times

As edge-of-the-seat season finales go, this was pretty impressive.
Mark Butler, The i

The League of Gentlemen, BBC2

The obvious fear was that League of Gentlemen would return a creaky fossil from simpler – or sillier – times. In fact it has re-emerged coated in impregnable comedy formaldehyde.
Ed Power, Telegraph