“As a study of our attitude to wealth it was too scattergun to reach any conclusions, but Burke’s documentaries are always immensely watchable” 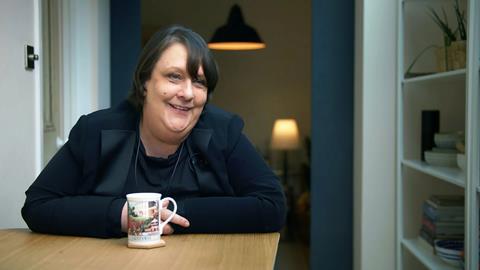 “As a study of our attitude to wealth it was too scattergun to reach any conclusions, but Burke’s documentaries are always immensely watchable. The appeal comes from her good-natured bluntness. There was much amusement to be had when Burke asked for a cup of tea, and the influencers had absolutely no idea how to make one.”
Anita Singh, The Telegraph

“Kathy Burke seemed to me an odd choice to front a documentary about money, but within a few minutes of Kathy Burke: Money Talks I realised she was ideal. She has been rich and she has been poor and, in the words of Mae West, rich was better.”
Carol Midgley, The Times

“Burke was uncharacteristically laid back, her usual sarcastic quips replaced with supportive adulations. Ultimately, it felt rather aimless and, most frustratingly, hypocritical.”
Emily Baker, The i

“The enduring weaknesses of the format are that there is no overarching thesis, no exploration of the various issues raised, no contextualisation, no wider perspective given. It is a loose assemblage of potentially interesting points of departure from which no departures are taken. The second part, about poverty, has slightly more grit, but not much.”
Lucy Mangan, The Guardian

“Money Talks, the first of a vacuous two-parter, sent Kathy trundling round in a black cab to meet Lottery winners and business tycoons. She has perfected the celebrity interviewer’s trick of asking a question, looking mortally bored by the answer, then seizing the first opportunity to start talking about herself.”
Christopher Stevens, Daily Mail

“This polished documentary kept up the pace well, avoiding the trap of becoming a sports-nerd, groin-strain film, but instead being a rather fascinating potted history (with some details I had forgotten) of how the National Lottery bankrolled us out of embarrassment and on to Olympic glory.”
Carol Midgley, The Times

“This first of three films was sober and measured in its retelling – rather than fawn over the athletes and their success, Team GB were painted as the underdogs – a title we still wear with pride, long after London 2012.”
Emily Baker, The i

I Think You Should Leave with Tim Robinson, Netflix

“Robinson, along with co-creator and co-writer Zach Kanin, knows that the audience understands the language of sketch comedy, its beats and rhythms, its setups and cues - and he seems determined to catch us out. Sketches never go where you think they will. Comic conventions are turned inside out. It’s sketch comedy as improvised jazz. The critics and the cognoscenti will love this new series as much as they did the last. But don’t let that dissuade you. Robinson is a comic one-off.”
Chris Bennion, The Telegraph

“There are a few sketches that don’t quite land, and others that I thought went on for several minutes too long. But the best are indelibly funny. This is comedy stripped down to its rawest elements – conflict, misfortune, indignity – and reassembled into… what, exactly? Not quite satire. Not quite whimsy. Something weirdly, maniacally new.”
Louis Chilton, The Independent