“As revitalising as a grapefruit sorbet and as box-fresh as a new pair of knickers.” 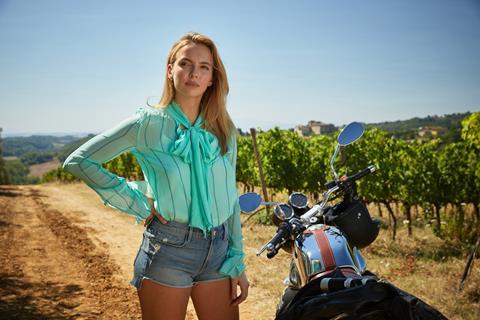 “Killing Eve was adapted from Luke Jennings’ novels by Phoebe Waller-Bridge and her presence runs through it like a stick of rock. All her biting intelligence and idiosyncrasies, everything that made Fleabag great, are here. Just as Fleabag subverted sitcom expectations with its naturalistically scabrous dialogue, so the conventions of the spy genre are here twisted into something new. But on top of that there is the snapping, crackling script – the perfect command of comedy and tragedy.”
Lucy Mangan, The Guardian

“If you didn’t like Fleabag, then there’s a good chance you were left cold. Happily, I loved Fleabag and enjoyed almost every frame of Killing Eve, which felt as revitalising as a grapefruit sorbet and as box-fresh as a new pair of knickers.”
Carol Midgley, The Times

“The good and/or bad news is you must add another title to your packed viewing schedule. Killing Eve is an absolute peach. It looks fabulous in the manner of a glossy cartoon bloodbath, while the multilingual dialogue fizzes and sizzles.”
Jasper Rees, The Telegraph

“Last night Bodyguard felt, by its standards, to be dragging. The Richard Longcross/missing CCTV/kompromat stuff was turgid. Having got the viewers quickened, this felt like the lull before the finale’s storm.”
Carol Midgley, The Times

“The cheap, repetitive animations didn’t help here. But the film composted a wealth of research into a diligent hour of sleuthing.”
Jasper Rees, The Telegraph