“Even if traditionalists sniffed at the king’s conference room with its glass-topped table and Edgar’s flat-screen TV, they must surely agree that Hopkins was, well, just brilliant as Lear.” 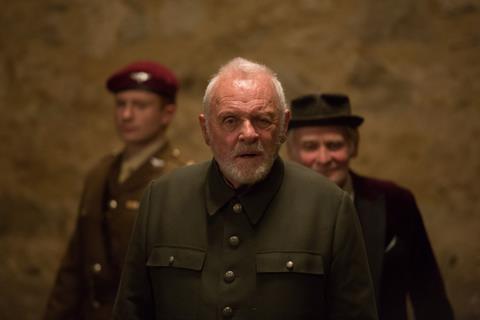 “From the unhinged, gibbering Lear (Anthony Hopkins) pushing a supermarket trolley through a concrete shopping precinct, to the Earl of Gloucester having his eyes gouged out by Regan (Emily Watson) and her shellac fingernails, it was a triumph. Even if traditionalists sniffed at the king’s conference room with its glass-topped table and Edgar’s flat-screen TV, they must surely agree that Hopkins was, well, just brilliant as Lear.”
Carol Midgley, The Times

“Shakespeare on television – a box it wasn’t designed for and doesn’t necessarily fit – isn’t always successful. It only works if it’s not just a play on the telly, but something in its own right, too, with its own identity. This one achieves that, with pace and modernity. Now 80 himself, the right age, Hopkins is at home in Lear’s skin. Shouty, angry, cruel one moment; vulnerable, tender, loving the next – or at the same time. A mesmerising performance.”
Sam Wollaston, The Guardian

“You could see the bare bones of the plot working well as an EastEnders episode. That, in my view, is exactly where it belongs.”
Matt Baylis, Daily Express

“Metaphors and hidden meanings had no place in a production that never stopped bellowing its messages in our faces. This might be the loudest piece of TV ever made. Everybody tried to outshout everyone else, Hopkins loudest of all. He was never knowingly caught underacting, nor underdoing the symbolism of a broken Britain.”
Christopher Stevens, Daily Mail

“It was writing and plotting of the highest quality, to keep us guessing until the very last shot. Kay gave us the tear-jerking resolution we all wanted, but he had a parting gag: John and Kayleigh, sharing earphones, listening to his song on her Walkman, holding hands and smiling. On a bus. In a series called Car Share. Perfection.”
Veronica Lee, The Telegraph

“I’ve never really enjoyed Car Share as much as other people. However, you’d need to have a heart of stone not to feel anything when John took Kayleigh’s hand on the bus. Finally, decisively, the will-they/won’t-they needle ticked over to ‘they will’, and it was everything the audience deserved.”
Stuart Heritage, The i