Kurupting the Industry; What If…?; Fake or Fortune? 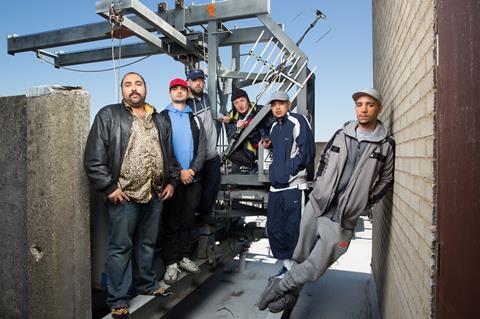 Kurupting the Industry: The People Just Do Nothing Story, BBC1

“Kurupting the Industry: The People Just Do Nothing Story was a fizzing documentary about the evolution of a show made literally from nothing, although half the time I suspected the cast were still in character. The old clips, as so often in these sorts of documentaries, were the best bits. I belly-laughed at the bit where they were introduced to Ed Sheeran (a fan of the show) and didn’t know who he was, handing him their coats as if he were a lackey.”
Carol Midgley, The Times

“I’d venture that you’d have enjoyed The People Just Do Nothing Story even if you’d never watched an episode, never heard of spoof pirate-radio station Kurupt FM or its manager, Chabuddy G. For one thing, it offered hope to all of those people out there doing nothing who reckon that they and their mates could, in the right circumstances and with a tail wind, be quite funny.”
Benji Wilson, The Telegraph

“For fans, this was a brilliant chance to learn about the cast and how truly they were steeped in the Garage pirate radio and DJ culture they’ve depicted. As one of them said, if an outsider had attempted to write about this, it would have rung false.”
Gerard Gilbert, The i

“This is the first of the Disney+ spin-offs to be animated, and it glories in the idea of paper pages coming to life, embracing the sharp shadows, rich palette and poppy vim of the publications that started it all. Energetic and flippant, unlike some modern Marvel productions, which tend towards the exhaustingly epic, this is old-school, thwack-pow fun.”
Jack Seale, The Guardian

“What If…? is competently made. Like the majority of Marvel Studios’ product, though, it refuses to take any real risks. The action is loud when it needs to be loud, fast when it needs to be fast. But the dialogue is dreary and witless; the animation – 3D graphics styled to look 2D – all too stiff and inexpressive.”
Louis Chilton, The Independent

“It has reached that point some TV series do when presenters, producers and the format they have concocted reach a peak of refinement and the whole thing just works. Last night’s investigation into a possible Edwin Landseer could hardly have been better scripted. As with Who Do You Think You Are? the simple pulling and pulling at a thread, following clues and archive sources all the way to the truth, was riveting.”
Benji Wilson, The Telegraph

“As always in this series, the detective work was enthralling. The trick of placing a canvas under infrared light, and then bombarding it with X-rays to reveal the layers underneath, never ceases to amaze.”
Christopher Stevens, Daily Mail