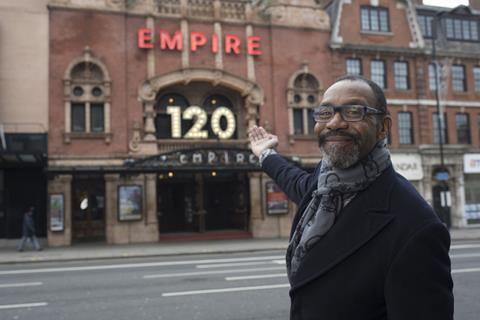 “The 63-year-old has always had a serious side, having played Othello on stage and a baddy in Doctor Who. And in the first of Caribbean Britain’s riveting two feature-length episodes, he was in full-ahead documentarian mode. This was a deep dive into the pivotal role played by the Caribbean community in British cultural life in all its dizzying facets. This engrossing documentary didn’t furnish any simplistic answers. But as a conversation starter it was deeply fascinating.”
Ed Power, The i

“The tone was largely upbeat and optimistic, but this was definitely the thoughtful, reflective Lenny Henry of recent years. I hope at least he found enjoyment in making us laugh.”
Roland White, Daily Mail

“It is a celebratory piece that trusts the wealth of facts and footage of Caribbean contributions to UK culture to make its mark. The contrast of that outpouring with the poisonous rhetoric and policies that characterise the immigration debate and the government’s increasingly inhumane actions today is unmistakeable.”
Lucy Mangan, The Guardian

“The programme showed us the work of pioneers in the arts: textile artist Althea McNish, abstract painter Sir Frank Bowling, theatrical agent Edric Connor. It was enlightening to learn about them, because they are not household names. This was all set against the racial politics of the time, which made for less pleasant viewing.”
Anita Singh, The Telegraph

“He’s always respectful, never confrontational. And King was a gift, because she is an inspirational figure whose life has been eventful on both professional and personal fronts. King spoke about her personal life with the ease of someone who has had 51 years of therapy. Her achievements – including 12 Grand Slams – are remarkable, but what was so striking about this interview was that she has lost none of her drive to change things for the better. Aged 78, she appears to have as much energy as ever. And she came across as wise.”
Anita Singh, The Telegraph

“Of all the platform’s fanfare offerings, this is, for my money, the most irresistible. Perhaps it helps if you love The Godfather, or retro-series that feature 1970s brown-tinted sunglasses, but as is the way with TV today, no expense is spared in bringing a hip, hustling Hollywood era to life, reselling the mythos of a golden period for the movies.”
James Jackson, The Times