“It was flabbergasting to look back and see how different the cultural climate was 50 years ago.” 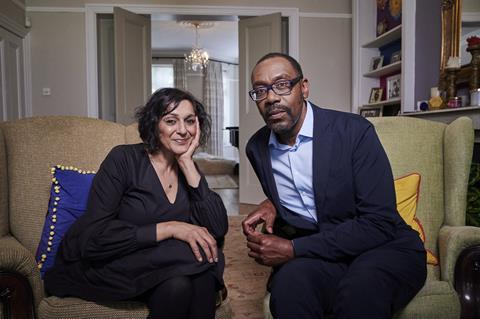 “Henry, who can brighten any link to camera with a sudden caterwaul at the skies (which must be unique for a presenter), is worth commending for not just rehashing the bad old days here. Instead, this was an upbeat hour as he took our hand through the sitcoms that shifted the needle, paving the way towards today’s Chewing Gum and the like.”
James Jackson, The Times

“Aided by film clips and a few talking heads, Henry uses the history of TV comedy to map changing attitudes to race and immigration. It was flabbergasting to look back and see how different the cultural climate was 50 years ago.”
Adam Sweeting, The i

“An affable presenter, Henry is sometimes a bit too generous about material this appallingly unfunny. The story about why more black and Asian comedy still is not commissioned or nurtured, why comedy inspired by our situation continues to be seen as a risk, a box-ticking exercise, or something that only the BAME community would watch, remains untold.”
Chitra Ramaswamy, The Guardian

Chaos in the Cockpit: Flights from Hell

“Chaos in the Cockpit is Channel 5’s contribution to the cult of plane-wreck TV, and its director Kim Lomax assembled a spread of calamities and near-misses. The common theme was human error, which was depressing; it means that however near-perfect aircraft technology becomes, accidents can, and will, still happen.”
Adam Sweeting, The i

“Dublin Murders will need a very long run if viewers are ever going to work out what the pickled heck is going on. Why does a modern police station have an underground labyrinth for its files, set in a rusty cage and lit by a single light bulb? It looks like a former KGB torture room that the Garda bought in a dodgy land deal.”
Christopher Stevens, Daily Mail