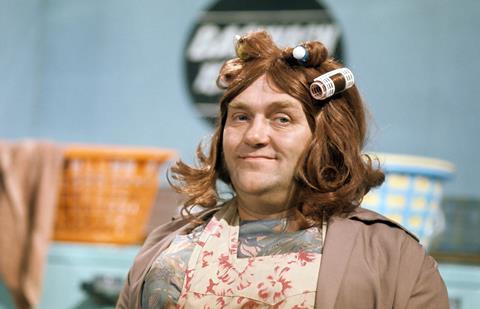 “This tribute to Dawson was packed with his most excellent one-liners, reminding us just what we lost when he died 28 years ago aged 62. And, yes, I include the mother-in-law jokes, which wouldn’t pass the woke test now, but were hilarious, end of — get over it. I felt sad for his three children from his first marriage to Margaret, whose death from cancer in 1986 broke Dawson’s heart, because they were not mentioned and virtually airbrushed out of the picture.”
Carol Midgley, The Times

“Watching the films was clearly an emotional experience for them, and their love for him shone through. But while the programme gave time to Dawson’s earlier marriage – his adored first wife, Meg, died of cancer – it only made fleeting reference to his three children from that marriage, which left the episode feeling incomplete.And, in its choice of comedy footage, it fell short of the bar set by the Corbett programme. Taking the odd joke or TV appearance in isolation failed to capture Dawson’s appeal or do justice to his talents.”
Anita Singh, The Telegraph

“And though the calibre of fans sharing their own memories was top-notch, including John Thomson and Jimmy Tarbuck, no one pointed out that much of Les’s material would be verboten now. Until we face up to that, we may never get our sense of humour back.”
Christopher Stevens, Daily Mail

“They want to provide us with between 23 and 27minutes worth of entertainment, from which all potential jeopardy, embarrassment or glimmers of truth and delight have been expunged by making half the contestants literal models, the other half as hot as models then making them all up so as to obscure neither their uniformly hot bodies nor the essential hotness of their faces. In a way, it’s soothing. I do not actually want to see a Quasimodo or Quasimodess humiliated at every reveal. But it’s also very … boring.”
Lucy Mangan,The Guardian

“Delaney’s droll voiceover meanwhile comes across as a dead-eyed Netflix simulacrum of Iain Stirling’s routine in Love Island. But then all the canned sarcasm in the world was never going to disguise the truth that, under its bizarre plumage, Sexy Beasts is just another tawdry reality show. And that, far from a squawk on the wild side, it’s ultimately a bit of a bungle in the dating jungle.”
Ed Power, The Telegraph

“What’s amusing, then, is the refusal to go anywhere with this concept: every contestant is young and traditionally attractive, and seem to have taken very little away from the experience.”
Barbara Speed, The i