“Andrew Davies is keeping the narrative of a very intricate and wide-ranging novel ticking along nicely.” 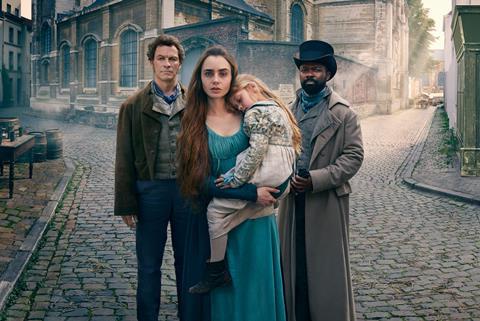 “This was a great episode. The magnificent Olivia Colman as wicked Madame Thénardier was wasted rather as a relative bit-part, but it didn’t matter much because she made every second count with her yellowed teeth. Isn’t Andrew Davies a master of distilling massive works like this, but never losing the nub and essence of the original?”
Carol Midgley, The Times

“It has also been a glorious showcase for Dominic West, sufficiently enthralling to compensate for the occasional lapses of accent, while David Oyelowo has demonstrated that Javert need not be a man mountain to carry both imposing authority and physical threat. Above all, however, it underlined anew Andrew Davies’s genius. Between this and War & Peace, I think I can now forgive him for Mr Selfridge.”
Gabriel Tate, The Telegraph

“The fourth episode seems like a good time for a half-term report on Andrew Davies’ adaptation of Les Misérables. I’d give it an A-plus at least. He’s keeping the narrative of a very intricate and wide-ranging novel ticking along nicely, while never neglecting the complex moral dilemmas at its core.”
Jeff Robson, The i

“Call The Midwife does sometimes suffer from a surfeit of drippy novices. But it always delivers robust stories, and the central tale of a defiant, elderly lady who had once been a Suffragette was up to the show’s best standards.”
Christopher Stevens, Daily Mail

“Schmaltz eventually got the better of it and the comic relief was pretty eye-rolling, as is often the case, but Call the Midwife remains miraculously non-judgmental, occasionally devastating but somehow always life-affirming, its faith in human nature untarnished.”
Gabriel Tate, The Telegraph

“This ‘dance talent competition’ conceived by Simon Cowell lasts 70 minutes, but feels so very much longer as it packs more flab than Jack Sprat’s wife suffering from end-stage morbid obesity. Meanwhile, the audience put through people who the judges clearly thought were crap, yet in week one gave the thumbs-down to a quite brilliant ballet dancer. Maybe it should be retitled The Most Average Dancer.”
Carol Midgley, The Times