“It’s frothier than a badly poured Foster’s lager, but the phrase ‘so bad it’s almost good’ springs to mind. If you want daft, unchallenging pure escapism, here it is” 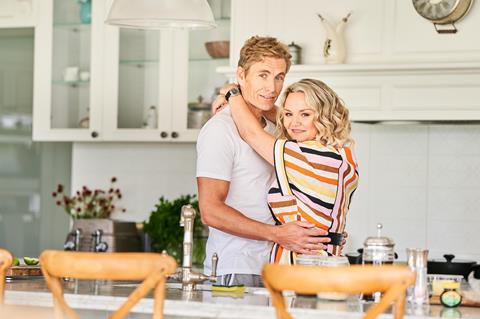 Lie With Me, Channel 5

“Lie with Me is classic Channel 5 territory: hysterical psychodrama featuring a female lead character who is either going bonkers or is actually – plot twist! – completely sane while everyone around her tries to convince her that she’s going bonkers. The whole thing is schlocky and terrible and as subtle as a brick. Am I going to watch every episode? Yup.”
Anita Singh, The Telegraph

“Lie with Me is cheesier than an old pair of trainers and more obvious than a Love Island underboob bikini. It serves up a buffet of clichés ranging from the ‘hot young nanny versus middle-aged, paranoid wife’ trope to ‘bastard husband who is shagging hot young nanny while gaslighting wife to make her think she’s mad’. It’s set in the usual luxury house with £50,000 wealth porn kitchen and has the feel of a glossy soap opera. It is also guiltily moreish. It’s frothier than a badly poured Foster’s lager, but the phrase ‘so bad it’s almost good’ springs to mind. If you want daft, unchallenging pure escapism, here it is.”
Carol Midgley, The Times

“Lie With Me is full-on soap’n’schlock in lavish surrounds. Nothing wrong with that! After months of dour lockdown documentaries, I’m ready for some melodramatic nonsense with shameless over-acting.”
Christopher Stevens, Daily Mail

“Lie With Me is one of those productions that doesn’t compel you to watch by dint of innovation or fresh insight into the human condition, but invites you in to see how they’re going to resolve this one this time. It’s a warm bath, not an invigorating shower.”
Lucy Mangan, The Guardian

“The first episode was light on plot, instead choosing to spend its time building a world that still managed to be paper-thin. The acting was amateurish at best and downright unwatchable at worst, though in their defence, the characters were inconsistently written and the script lacked all subtlety. I was about ready to give up when the deliciously raunchy twist sucked me right in. I forgot the ambling, frustrating 45 minutes I had just sat through and suddenly, I was hooked. Now, I simply cannot go another day without knowing what will happen to Anna.”
Emily Baker, The i

“If, like me, you find Amol Rajan a breath of fresh air on the Today programme then you no doubt enjoyed Amol Rajan Interviews Sundar Pichai, a gentle-paced yet cerebral hour, which used no gimmicks or padding (unless you count the closing minutes when the two men played cricket). Rajan has an easy, affable style, but his questions were quick-fire and occasionally terrier-like, although he did let Pichai get away with the odd waffly answer, such as on the issue of company tax avoidance.”
Carol Midgley, The Times

“Rajan is superb at what he does. That is: to be a fiendishly well-researched journalist, but with a manner so relaxed and affable that to be in his company is a pleasure. Rajan posed questions – from the morality of the tech giant’s tax arrangements to the guarding of our private data – but this was not an interrogation, more of a conversation. In some ways, that makes a refreshing change, but it also meant that Pichai didn’t say anything noteworthy over the course of the interview.”
Anita Singh, The Telegraph

“Amol Rajan Interviews Sundar Pichai was billed as an unforgiving inquisition. The search engine supremo had no advance warning of the Beeb star’s questions. But Google’s predictive algorithms must be pretty good, because Pichai delivered well-rehearsed answers throughout. Accusations of tax avoidance and spying on users were brushed aside with politeness.”
Christopher Stevens, Daily Mail