‘It’s early days, but this might turn out to be one of the dramas of the year’ 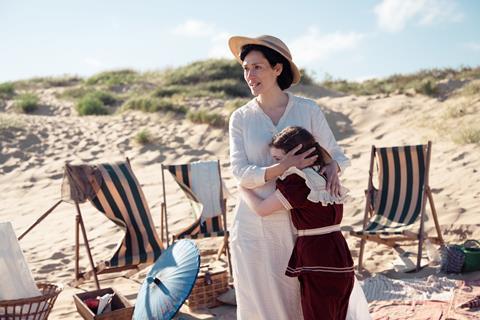 “This has the comforting feel of a BBC teatime drama — the tinkling piano theme tune, Lesley Manville’s soothing voiceover, all those petticoats, hair bands and names such as Maurice. But inside its dreamy heart lurks a powerful fable. It’s notable that before Ursula’s seaside death, Bridget is reading Jane Eyre, perhaps the ultimate story of second chances. Ursula sits in this classic line of plucky heroines because she resolutely refuses to accept her fate, but her story is also a commentary on the power of fiction and the imagination, boldly wrapped in the cloak of magic realism, a genre that enjoyed its literary pomp in the late 1980s and, on this evidence, continues to captivate.”
Ben Dowell, The Times

There’s not a huge amount to laugh about in Life After Life (BBC Two). The show’s main priority is apparent from the start: making people cry. If you like the feeling of being overwhelmed by vicarious trauma and grief then you’re in for a treat. And the anguish is thoroughly addictive. It’s what makes Life After Life incredibly compelling, binge-worthy even, despite being practically plotless from one episode to the next.
Rachel Aroesti, The Guardian

“The repeated doubling back on itself was like a high-minded Groundhog Day (or a more sedate version of Netflix’s Russian Doll), encompassing Britain in the first half of the 20th century. Lesley Manville’s narration was unfortunately reminiscent of Brenda Strong’s voiceover in Desperate Housewives. Not that the guidance was entirely unwelcome, helping to navigate the story’s frequent toing and froing.vThese rewinds could have been off-putting, but the handsome production was bolstered by strong performances. The first episode eventually overcame its tricky structure to suggest that there might yet be life in Life After Life.”
Gerard Gilbert, The i

“Sian Clifford is the melancholy mother, Sylvie, so ill at ease with the servants. It’s early days, but this might turn out to be one of the dramas of the year.”
Christopher Stevens, Daily Mail

“With just 12 more episodes to go, it’s clear that Better Call Saul is ramping up for its endgame. But if the first two episodes are anything to judge it by, it’s going to go about that the same way it has the rest of its story. Slowly. Methodically. The devil is in the details, but so is everything else. It’s a pleasure to be three steps behind.”
Louis Chilton, Independent

“Eleven hours. That’s all we have left in this world. I’ve mentioned before that I prefer Better Call Saul to Breaking Bad. It’s more human, more willing to linger on the decency of people. But 11 hours from now, it’s going to be lost for ever. When Vince Gilligan created Breaking Bad, he consciously made a show about metastasis. That has continued to Better Call Saul. And now that the prognosis is terminal, I’m already heartbroken.”
Stuart Heritage, The Guardian