Love in the Countryside; Defending the Guilty

“A welcome antidote to the tawdry likes of Naked Attraction.” 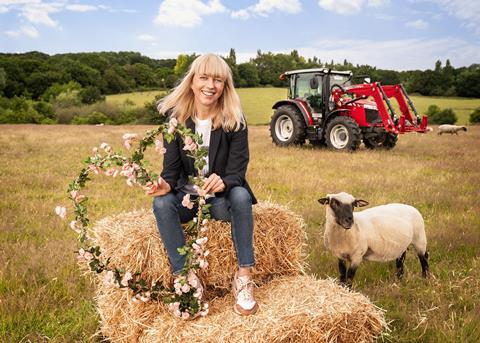 Love in the Countryside, BBC2

“Thank goodness for the wholesome charms of Love in The Countryside. Cupid Sara Cox had a lovely way with the lonely hearts: warm, reassuring and slightly teasing, like an older, wiser sister. Like Countryfile meets First Dates, this was a spirit-lifting way to while away an hour with a soppy grin on one’s face - and a welcome antidote to the tawdry likes of Naked Attraction.”
Michael Hogan, The Telegraph

“This series is good-natured and, in its cheerful way, an important reminder that loneliness is an issue for many hard-working people in the countryside. As such, it could run until the cows come home.”
James Jackson, The Times

“The first series last year felt contrived and patronising. But with fewer lovelorn farmers this year and less stunted tasks, this new series is a big improvement — even if it is just Blind Date in wellies.”
Claudia Connell, Daily Mail

“The writing owes a foul-mouthed debt to the creative crudeness of political comedies such as The Thick of It. This knockabout viciousness is where Defending the Guilty works best. At times, though, it can feel as if it’s trying too hard to be clever.”
Rebecca Nicholson, The Guardian

“The new comedy seeks answers to the pressing question of what Rumpole of the Bailey might resemble if remade in the scatological spirit of the Inbetweeners. It has serious points – or at least it thinks it does – about criminal justice and how it really is all a game to the lawyers. Yet the earnestness is waylaid by rat-tat-tat banter in which the zinger-per-second count trumps punchline quality.”
Ed Power, The Telegraph

“New legal comedy Defending the Guilty is based on a well-received book by Alex McBride, but the transition from print to screen has not been an unalloyed success. The jokes feel as if they’ve been rewritten so many times that the writers have died of boredom, and now it’s our turn.”
Adam Sweeting, The i