“Enlightened it is not but addictive it remains” 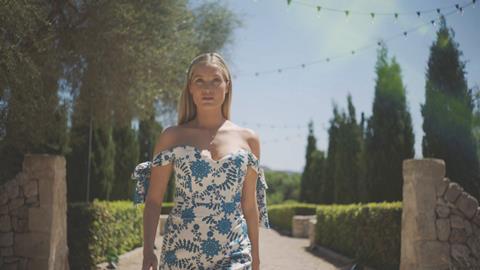 “Faye is pure chaotic evil with a silvered edge of violence and I adore her.It works on you like a drug … Love Island. That’s the show’s secret, of course. It works on you like a drug. However uninterested you are at the beginning, before the first hour is up you are hooked. You have opinions (such as: there is a very small number of times you can mention your love of “little white toes” without it becoming a notable thing and Jake surpasses it within seconds; Toby is a child out past his bedtime). Then you have emotions (Liberty is going to get her heart broken. Broken, I tell you!). Then you are lost, lost for another season among the Islanders and their frenzied drinking, frotting, shrieking, rutting, toxic, hilarious, reductive twentysomething nonsense.”
Lucy Mangan,The Guardian

”In normal times, it is canon that the first episode of Love Island is a damp squib, with contestants usually so nervous, they can only communicate through rehearsed one liners and overly exaggerated nonchalance. Yet the opening 20 minutes included Jake bravely opening up about his foot fetish, Faye begging for someone to rip her a new [redacted] and Kaz demanding to be dominated. Could it be that Love Island 2021 will mark the year when kink discourse turned mainstream?”
Elise Bell, The Independent

“Enlightened it is not but addictive it remains: there’s something stomach-churningly fascinating about watching human beings who know absolutely nothing about each other beyond their swimsuit colour preference having to publicly declare their romantic preferences, like the first half hour at a party when single people suss out the potential (and the competition) in the room.”
Susannah Goldsbrough, The Telegraph

“The host is secondary and contestants don’t sign up expecting a kicking. That said, [Anne] Robinson has suggested that at some point the old snarl might return or “there would be no point hiring me”. She signed off with her trademark wink after a quiet, steady start not making it all about her. Whether the hobnail boots come out again once she has fully found her feet remains to be seen.”
Carol Midgley, The Times

“Based on her first episode as presenter, Robinson can’t help but exude a feeling of menace whether she likes it or not. She seems to speak through gritted teeth, while empathy is not her strong suit. A contestant making a mistake? “Oh, dear,” Robinson says, with all the warmth of Maleficent. She’s also still trapped by her past. When a contestant named Shelley mentions that she’s from Newcastle, you half expect Robinson to announce that she can’t bear Geordies and wishes them all dead – she is, after all, the same woman who caused a scandal in the halcyon days of 2001 by declaring the Welsh “irritating and annoying”. But, here and now, she… loves Newcastle? “So beautiful in the countryside up there!” she insists, everyone’s sarcasm detectors coming up empty.”
Adam White, The Independent

“Fans like me who have been tuning in for four decades enjoy the anagrams and the maths puzzles, but what we love most is the good-natured decorum of it all. A little innocent joshing is allowed but there must be no needle, no criticism. This afternoon perennial, best enjoyed with a mug of tea and a plate of biscuits, needs to be as bland and sweet as a digestive. Luckily, the show’s regulars were ready for her. Someone must have tipped them off that Anne is a sucker for flattery, because Rachel Riley and Susie Dent heaped praise on her at every opportunity.”
Christopher Stevens, Daily Mail