Love Life; The Savoy; The Comey Rule; Me, My Brother and Our Balls

“A fun watch, but it feels like a wasted opportunity” 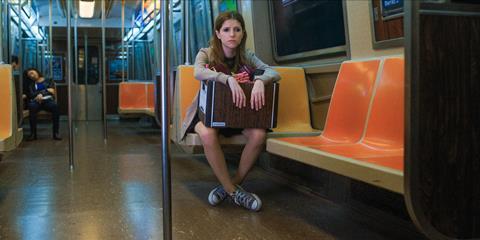 “It doesn’t have the quick-fire comedy of Friends, although the script is wryly funny at times. However, nor does it have the mawkish sentimentality of Sex and the City, so there’s that. Lesley Manville’s narration, like an all-knowing god figure, gives it an odd heft, while Zoë Chao as Darby’s best friend, Sara, is very good indeed. But I reckon all of this could have been done in six episodes. Or five, probably.”
Carol Midgley, The Times

“Anna Kendrick is a sparky presence with enough likeability to hold this together. But the show adds up to less than the sum of its parts. A fun watch, but it feels like a wasted opportunity.”
Anita Singh, The Telegraph

“The episode might have been one of those training videos John Cleese used to do, for screening at business seminars to teach the sales team how not to behave. Gordon Ramsay makes Basil Fawlty himself look charming.”
Christopher Stevens, Daily Mail

“Later episodes might offer some insight: how does one of London’s most prestigious hotels cope in a pandemic? Until then, though, it was an overfamiliar parade of pernickety French maître d’, demanding head butler, and a concierge with Johnsonian powers of clairvoyance.”
Gabriel Tate, The i

“It feels like a show you’ve seen a hundred times before – lots of talking in brown rooms with unpleasant lighting, acronyms and beige raincoats and meetings on park benches. You know that you’re watching something terribly important but just can’t get yourself too worked up about it.”
Anita Singh, The Telegraph

“However wittingly, writer-director Billy Ray has assembled a dutiful and comprehensive account of Comey’s failures, which nonetheless attempts to vaunt its protagonist as a tragic hero simply too good to survive in this compromised world. As big pills to swallow go, this one’s approximately fist-sized.”
Charles Bramesco, The Guardian

Me, My Brother and Our Balls, BBC3

“Simultaneously coy and frank, jovial and serious, it was overlong but unshakeably good-natured, asking important questions and hammering home its message effectively. It was also a lovely portrait of the affectionate silliness of the fraternal bond.”
Gabriel Tate, The i