“Lovecraft Country is a beautiful bounty of black creativity and black history.” 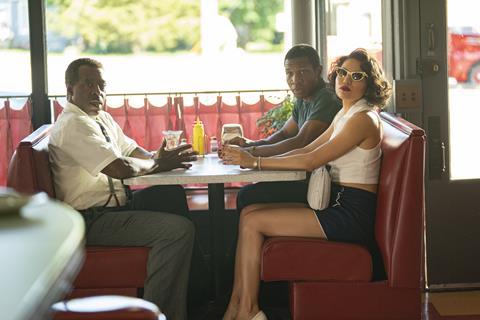 “Lovecraft Country is a beautiful bounty of black creativity and black history. It is protest art, just when the world needs it most. It’s no coincidence that Lovecraft Country is also the most entertaining series to grace our screens for months. Showrunner Misha Green knows how to find the joy in the moment – or in the pages of a good pulp novel – without denying the historical context.”
Ellen E Jones, The Guardian

“It was ambitious, with high production values and packed with period detail. But the melding of horror and history wasn’t particularly satisfying. Tonally, it was closer to Quentin Tarantino’s From Dusk Till Dawn than the superlative Get Out. But it’s a fun ride, and with enough horror references to keep fans of the genre entertained.”
Nita Singh, The Telegraph

The Trial of Alex Salmond, BBC2

“Kirsty Wark had to tread nimbly in The Trial of Alex Salmond. I imagine the BBC’s lawyers were kept busy in the edit. Wark weaved together well and with authority what was a tawdry and depressing saga.”
Carol Midgley, The Times

“Some documentaries keep the presenter out of the picture. The Trial of Alex Salmond was not one of them. It featured interviews conducted by Kirsty Wark and interviews with Kirsty Wark, interspersed with footage of Kirsty Wark covering the case. Wark is a first-class journalist with a cool head, but her investment in this particular story seemed to veer into the personal.”
Anita Singh, The Telegraph

“Salmond was cleared on all counts. But that didn’t stop Wark from raking up all the claims and interviewing three of the women who gave evidence. Salmond conceded some of his behaviour towards women was boorish and shameful. But he maintained it fell far short of being criminal — and the jury agreed.”
Christopher Stevens, Daily Mail

“Afua Hirsch painted a more complete, luscious and culturally rich picture of Ethopia’s history dating back 3,000 years. It was a surprise to learn that Sylvia Pankhurst (yes, that one) became such a close friend when Emperor Haile Selassie was exiled to Britain during the war that she moved to Ethiopia in 1956 as one of his advisers. I could watch an hour on that alone.”
Carol Midgley, The Times

“This was a variation on the C4 show Come Dine With Me, though better tempered. The sarcasm of the home chefs was replaced by a good-natured appreciation that every job demanded special talents.”
Christopher Stevens, Daily Mail