“There aren’t many frills on the BBC’s new documentary about the epidemic that scandalised the nation in the 1990s; few frills are needed” 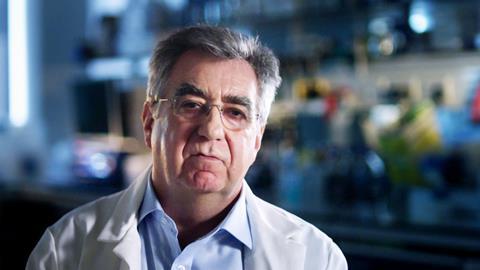 “There aren’t many frills on the BBC’s new documentary about the mad cow disease epidemic that scandalised the nation in the 1990s; few frills are needed. This documentary provides a straightforward walk through the timeline, with interviews from leading scientists and the families of victims. Although there is some focus on the science, and a few simple computer graphics, it is the human element that is placed front and centre.”
Louis Chilton, The i

“The programme’s admirable lucidity and careful tracking of the timelines was illuminated and humanised by several accounts from parents bereaved by this man-made disease and man-aggravated crisis. It remained lucid and careful as it turned to the future and started evaluating the evidence that suggests we are due a second wave of cases.”
Lucy Mangan, The Guardian

“Who could watch Mad Cow Disease: The Great British Beef Scandal without feeling a) deep disgust and b) rage? The documentary pulled no punches in spelling out that there is no test, no cure, no treatment, no way of knowing how many people are silently infected. And this was all preventable, a man-made disaster.”
Carol Midgely, The Times

“The footage of young people stricken with the human version was too distressing to bear — especially as nearly all of it was filmed on family home video cameras. Usually there’s a pleasure in viewing documentaries crammed with archive news footage from 20 or 30 years ago, a chance to glimpse favourite former presenters as well as today’s veterans in their youth. This topic was too grim, though, to be capable of light moments.”
Christopher Stevens

“The biggest punch came at the end of the film when the focus turned to the unquantifiable risk that vCJD (the human form of mad cow disease) continues to pose. Because the incubation period of this made-in-Britain disease can be 50 years, even more. The last death from vCJD was only four years ago, with a second wave predicted.”
Gerard O’Donovan, The Telegraph

Why Can’t We Sleep?, ITV

“Why Can’t We Sleep was soporific until the last 15 minutes. But then it got interesting, finding that one chronic insomniac, Emma, was suffering from hyper-arousal, but flourished using cognitive behavioural therapy and that Gary had a dangerous form of sleep apnoea and needed a machine to help him to breathe at night. All quite useful to know. Although the usual lengthy recaps after each and every break were probably enough to get most of us snoring.”
Carol Midgely, The Times

“With such important and inadequately understood science to discuss, it’s a pity this low-budget doc was so flimsy. The best advice it had is that we should avoid checking our work emails at bedtime and lay off the caffeine. The director must have had a stop-motion camera for Christmas, because these jerky interludes popped up everywhere. We even waited patiently as a 51-year-old lady named Deborah sat and knitted on a sofa for 12 hours, while she took part in a sleep-deprivation experiment.”
Christopher Stevens