‘One of the best episodes of Mandy I have seen. Diane Morgan as the workshy mouth-chewing halfwit Mandy Carter was at her sullen best’ 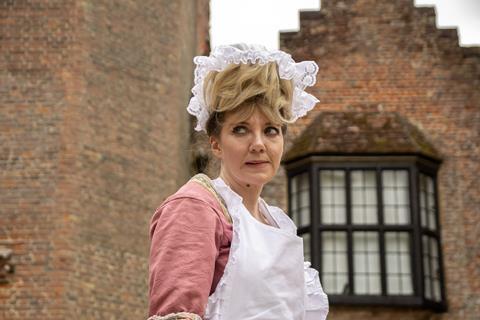 “While the first episode of the double bill was middling, the second one, centred on a BBC show called Who Are You, Do You Think? was one of the best episodes of Mandy I have seen. Diane Morgan as the workshy mouth-chewing halfwit Mandy Carter was at her sullen best.”
Carol Midgley, The Times

“These 15-minute episodes are like extended sketches, a comedy form that is almost never seen now. Morgan, who writes and directs the show as well as being its central character, has done a splendid job of repairing and restoring the format.”
Christopher Stevens, Daily Mail

“The format will inevitably get tired at some point, but when it does I hope it won’t be the last we see of Mandy. With Morgan’s gleefully silly performances and knife-sharp writing, I’m curious to see how Mandy would develop if she was given longer than 15 minutes to wreak havoc.”
Gwendolyn Smith, The i

“In a sense, this is a revolutionary sitcom, dedicated to the philosophy that people don’t really change and that richly developed narratives aren’t all that. There is an episode of Seinfeld in which Kramer test-drives a car to see how far he can go without putting in more gas. Mandy is like that: how far can she go with zero character development and only the most threadbare storylines? Not as far as season three, I would guess, but I have been wrong before.”
Stuart Jeffries, The Guardian

“The sad chords strike up at the precise moment that someone mentions a death in the family. They play us like that 125-year-old banjo that was restored so beautifully. Yesterday, though, the tears needed no cajoling. The rag doll book that had belonged to Elizabeth, a little girl who died aged four, was a genuine tearjerker. It was heavy-going stuff this, so I was grateful at times for the playful voiceover of Bill Paterson.”
Carol Midgley, The Times

“Any fashion museum would be interested in purchasing the blue-and-white, knee-length boots owned by speedway biker Mike, who died from a brain tumour while they were being restored. Mike’s wife Wendy and daughter Hayley brought them in, and to watch as the boots were dismantled, revived and reconstructed was fascinating.”
Christopher Stevens, Daily Mail