Mandy; The Life and Times of Captain Sir Tom 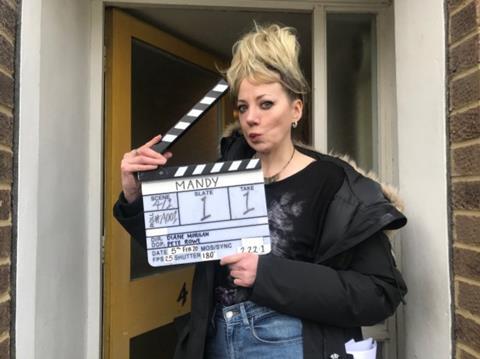 “Mandy is not quite as good – not as tight, not as laugh-out-loud funny – as I was hoping for. There is a sense that [Diane Morgan] has pulled her punches a bit and neither leaned into the absurdity nor the Julia Davis-esque brutality you can sometimes feel lurking beneath the surface. But it is a fun way to spend 15 minutes and, if nothing else, you will get some good ideas of what to do with any tattoo scabs you have lying about the house.”

“Call me easily pleased, but I was weeping with laughter at the sight of a woman with a beehive and a fag in her mouth, splatting tarantulas on a conveyor belt of imported fruit.”

“The third and fourth episodes are brilliantly, joyfully absurd. They are laugh-out-loud funny and wrong, with splendid performances, which show that Morgan has a great comedic brain. So I don’t know why they kicked off the series with what I think is its weakest episode.”

The Life and Times of Captain Sir Tom, ITV

“Despite its unwieldy title and much filler, it was a charming film that reminded us what quietly extraordinary lives seemingly ordinary people lead.”

“That charming optimism and good humour pervaded the documentary, recorded during a day of conversation with the indefatigably chatty Captain (now an honorary Colonel).”

“Narrated by Hugh Bonneville, this was a wonderful hour in Captain Tom’s company. His has been one of the cheering stories of lockdown, a testament to the spirit of optimism and just b—–ing on. He had hoped to raise £1,000 for NHS Charities Together by walking 100 laps of his garden before his 100th birthday. In the end he raised £33 million. The documentary didn’t dwell on his later achievements, though, but chose to look back at Captain Tom’s life.”