Manifest; The Chef’s Brigade; Counting Tigers: A Survival Special; I Am Kirsty

“Lost ended nine years ago, but judging by Manifest its influence still hovers over TV-land” 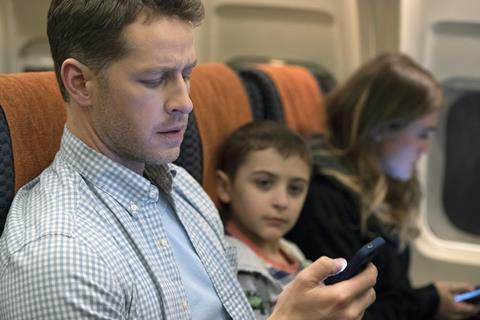 “Lost ended nine years ago but judging by Manifest its influence still hovers over TV-land. It’s another mystical thriller that might make you reconsider boarding that holiday flight. Manifest has a distinctly supernatural dimension to it. Heaven knows what’s going on, but there’s enough to make you come back for more.”
Adam Sweeting, The i

“In The Chefs’ Brigade, Jason Atherton attempts to build a team from scratch, out of cooks with only basic skills, cherrypicked from the pubs, cafes and bistros of the land. His raw recruits had just four days to practise under the ever-present threat of instant dismissal, with a clutch of reserves waiting back home to replace them. Overall, there was a refreshing lack of kitchen machismo on display. Early on, the tendency for the boys to talk over and ignore the girls was exposed and criticised. Atherton himself has a knack for being exacting without being a bully. Strangely, for a show about food, The Chefs’ Brigade contained minimal cooking, mostly limited to decorative shots of hands saucing plates.”
Tim Dowling, The Guardian

“As tattooed wannabes vied to be the kitchen alpha, barking “yes, chef” every ten seconds, it sometimes resembled a human version of one of those laboratory dominance tests featuring mice. For the restaurant kitchen is a macho world, full of sauces and coulis accidentally infused with testosterone. You wondered how the local chefs must have felt when they were beaten by these trainees. Atherton, who prefers a frowning hard stare over Ramsay-esque rage, even had the temerity to think he knew better about the Puglians’ gastronomic tastes than they did (toning down the bitterness of their duck sauce, for example). But then you don’t get four Michelin stars without a sizeable ego.”
James Jackson, The Times

“The Chefs’ Brigade pretends to be an international competition for young professional cooks, but really it’s The Apprentice in a pair of oven mitts. To ramp up the artificial sense of tension, apprenti-chefs can be sent home at any time. One unlucky lad was kicked off the show after a day for being shy and feeling homesick.A great deal was said about the importance of ‘leadership’ and ‘bonding’, but this was brutal for a young man who hadn’t done anything wrong except miss his mum.”
Christopher Stevens, Daily Mail

“You could see how Atherton rose to the top of the superchef tree. The way he gathered his team together to analyse the ingredients and cooking techniques of the Italian dishes, and then decide how they could be modified, was awesome. Let him down at your peril.”
Adam Sweeting, The i

“Counting Tigers revealed that tiger numbers are …up! Yes, here was a natural-history documentary with no mention of climate change or plastic, and ending with the news that a famous endangered species is doing OK. It helped to make for a satisfying hour of TV, even if as a piece of programme-making there was less to make it stand out.”
James Jackson, The Times

“The show was presented by naturalist Martin Hughes-Games, the Springwatch exile. But it appeared that someone high up at ITV panicked that he wasn’t a big enough name to front a primetime doc, and so St Joanna Lumley was drafted in for the voiceover. This created a strange ping-pong effect, as Martin spoke one line to camera before Joanna floated in with a bit of narration. The pair seemed to exist in two different programmes.”
Christopher Stevens, Daily Mail

I am Kirsty, Channel 4

“The issue of survival sex is of course topical at the moment, but this had the universality that made it feel like it could have been made any time since the Sixties. It wasn’t Universal Credit that was causing Kirsty’s problems (though it could have been), but old-fashioned misfortune and blameless naivety. It wasn’t easy to watch, but I Am Kirsty felt true to life. Or to some lives at any rate. Watching it, you couldn’t doubt that too many people in the UK are being similarly exploited every day.”
Gerard Donavan, The Telegraph