MasterChef; The Island; Love in the Flesh; Council House Swap; The Distant Barking of Dogs

‘I never dreamt I’d say this but — more Wallace, please’ 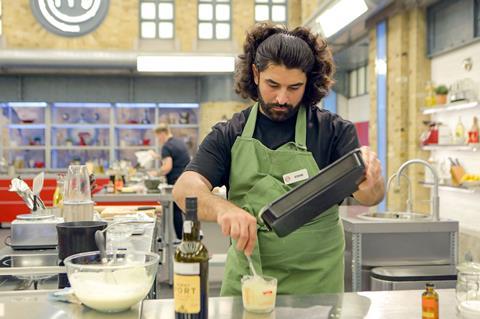 “MasterChef has shaken things up a bit after all these years by banishing Gregg Wallace and John Torode from the kitchen during the cooking bit and having them judge only the finished meal. I’m sure it’s a relief to the contestants not to have Wallace’s manic gurn in their faces while they’re dicing carrots, but spare a thought for a poor TV reviewer seeking funny lines in a formulaic desert. I never dreamt I’d say this but — more Wallace, please.
Carol Midgley, The Times

“The producers clearly feel the show is getting tired, but they’ve made it even more dull. There have been various minor attempts to freshen it up over the years, including a slide into X Factor territory. Thus in this episode we had contestants dedicating dishes to their granny (RIP), telling us they want to make their children proud, or declaring that “it’s now or never – I have to give it 100 per cent”. “I’m very competitive. Win or lose? No, it’s win every time,” said one woman, who has watched too many episodes of The Apprentice.”
Anita Singh, Telegraph

“This show is a filmed podcast. The only advantage for us of being able to see the comedians, rather than idly half-listening to them while we cook, go for a run or redo some bathroom sealant, is when they make clay busts of themselves, to be assessed by Rich Miller from The Great Pottery Throw Down. Miller makes some generic ceramic-y comments (“I love the material qualities coming through”), assigns random points, then wanders off.”
Jack Seale, The Guardian

“While the comedians were as funny as the formula allowed, the panel show was still disappointingly predictable. There’s no doubt that a rethink was much-needed, but that made its shortfall all the more disappointing.”
Emily Watkins, The i

Love in the Flesh, BBC3

“Following two years of disrupted digital dalliances, many of us relate to the drag of courtship by app. By tapping into this, Love In the Flesh has breathed new life into the dating show – why reinvent the wheel when you could try it again, just with people who’ve already FaceTimed? By the pool, Kwame and Jess’s initial attraction was already waning: I suspect we’ll discover some things are best left to the imagination, but there’s no harm in tuning in again next week to make sure.”
Emily Watkins, The i

“I love the show. The voiceover steers just the right side of plain nastiness, and the tenants do themselves no favours with their guileless sales pitches. One woman proudly displayed her pantry under the stairs, which was once a washroom. It still had a toilet and basin, half hidden by packets of pasta. Another hauled aside her son’s grotty mattress to show us the mess beneath it. ‘Oh, I can’t wait to see this,’ muttered Lauren. Judge me all you like, but that’s exactly how I feel, too.”
Christopher Stevens, Daily Mail

The Distant Barking of Dogs, BBC4

“It was beautiful, unhurried storytelling, and angel-faced Oleg a film-maker’s dream, telling his mother’s grave, “I really miss you when they shoot … especially at night.” Sadly it showed how war was fostering the boy’s unhealthy fascination with weaponry, resulting in him getting injured and some poor frogs being shot to death for fun. It was Oleg’s traumatic silences that spoke loudest, not just over the war, but also about whether his grandmother would die. “You shouldn’t leave me, ever,” he told her. Please God they’ll be OK.”
Carol Midgley, The Times