McDonald and Dodds; Doctor Who

“Given time to grow, this could be a decent addition to the ranks of detective dramas” 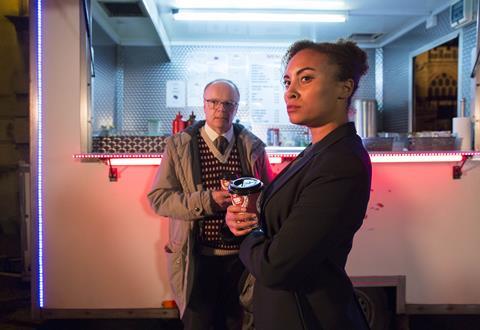 “The series had overtones of Death in Paradise in its gentle pace and outlandish plotlines - but it was just right for those who like their murders light and a little soapy. At an hour and a half, it was bloated, but McDonald & Dodds’ mismatched crime fighting duo was fun to watch- and even if this wasn’t the most riveting detective drama of the year, Bath may well see an upsurge in visitors seeking out the sunshine.”
Kasia Delgado, The i

“The writer, Robert Murphy, has created a lovely double act. Not since Felix Unger tried to vacuum Oscar Madison’s drapes have I enjoyed the venerable trope of the odd couple so much.”
Stuart Jeffries, The Guardian

“There was something quite interesting — and slightly subversive — about having the middle-aged white man as the marginalised outsider. However, it would have all been rather marvellous had the plotline of last night’s episode not been slightly daft.”
Ben Dowell, The Times

“Dodds is a great character stuck in a not-that-great drama – one that feels like it’s been commissioned by algorithm. It’s a lovely performance from Jason Watkins, and writer Robert Murphy is good on the idea of older people being overlooked. But the drama hasn’t quite settled on the right tone. Given time to grow, though, this could be a decent addition to the ranks of detective dramas.”
Anita Singh, The Telegraph

“Jason Watkins seizes the role with relish. It’s the sort of part he does to perfection — an odd, awkward, craven, brilliant man who can’t stop apologising. The other half of the duo, DCI Lauren McDonald (Tala Gouveia), is less intriguing. Her job is simply to be the opposite of Dodds: assertive, professional and unimaginative.”
Christopher Stevens, Daily Mail

“For a finale so focussed around the origin story of the Doctor, The Timeless Children belonged to Sacha Dhawan, who had his best episode yet here as the delightfully unhinged Master. Inevitably, the series ended with more questions than answers. But the fact that we’re intrigued at all suggests there’s much more life in this era of Doctor Who yet.”
Stephen Kelly, The i

“We have had a few epic finales with this show and last night’s upped the ante with a visually spectacular showdown on the Doc’s home planet. It’s been a hit-and-miss series but this was a tense, emotionally powerful and action-packed send-off.”
Ben Dowell, The Times

“Doctor Who reached its climax with a feature-length finale packed with explosive action, rug-pulling plot twists and head-scratching changes to the show’s lore. After a series dominated by Earth-bound adventures (blame BBC budgets), this was space opera on a sweeping scale. It felt like classic Who again, with high stakes, doomed spaceships and Cyber armies on the march.”
Michael Hogan, The Telegraph