“There was nothing vague here about the dangers facing our planet, no softening of how destructive our lifestyles are” 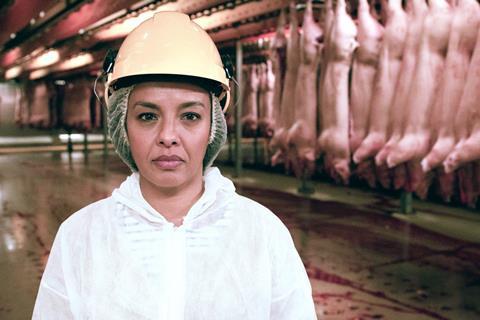 Meat: A Threat to Our Planet?, BBC1

“Wildlife biologist Liz Bonnin dug ever deeper into the consequences of our carnivorous ways. But there were lacunae in the programme that, if they were noticeable to novices in the field such as me, probably needed to be addressed to stave off much more criticism from experts.”
Lucy Mangan, The Guardian

“There was nothing vague here about the dangers facing our planet, no softening of how destructive our lifestyles are. What made the film particularly powerful was that Bonnin was a meat-eater, so her shock was more palpable than it might have been from a long-time vegetarian.”

“Liz Bonnin hoped that she didn’t sound like a naive Western tourist, as she flew tearfully over the Amazon and looked down on miles of bare cattle pasture that was once rainforest. Sadly, naive and over-privileged is exactly how she came across. She’s made some great documentaries about conservation and ecology, but this was not one of them.”
Christopher Stevens, Daily Mail

“This film didn’t tackle the cruelties of intensive farming, save for when Bonnin asked an American pig farmer why the pigs weren’t outside, but inside on wooden, slatted floors. It stuck mostly to the science.”
Carol Midgley, The Times

“The brothel in question, City Sauna in Sheffield, has already been the subject of a near-identical and slightly better Channel 4 film called A Very British Brothel. So this was the television equivalent of copying a cleverer kid’s homework.”
Anita Singh, The Telegraph

“I’m unsure whether it was wise of Kath, who wanted to provide a safe environment for women to see punters, to parade on TV what was technically an illegal set-up. This was prostitution heavily sugared. It was garish, guiltily fascinating TV.”
Carol Midgley, The Times

“Chris Tarrant’s name may have got this series made, but it was the other voices that made it worthwhile.”
Anita Singh, The Telegraph