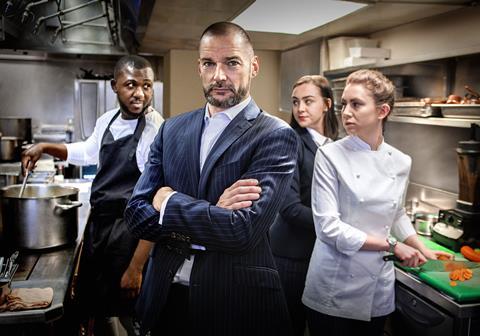 “Million Pound Menu was a magpie that had stolen from various nests: Dragons’ Den, MasterChef, The Apprentice, plus a few twigs from Hell’s Kitchen. But here’s the mad thing. It didn’t even need to borrow other shows’ clothes. This was the first food-based programme I’ve seen in years that offered something new and zeitgeisty.”
Carol Midgley, The Times

“Million Pound Menu is actually rather tasty. It combines the juiciest bits from Dragons’ Den, The Apprentice and MasterChef to create something rather addictive and surprisingly fresh.”
Frances Taylor, Radio Times

“As both really good and really bad cooking always make for diverting pictures, and as watching dreams be either crushed or realised always makes for functional drama, Million Pound Menu had its moments. But really, what pulled the rug from under Million Pound Menu was that it felt about as zeitgeist-y as doing the Macarena.”
Benji Wilson, The Telegraph

“Despite there being an obvious finale, where someone’s dishes got the dosh and someone’s didn’t, the show felt as flat as yesterday’s flatbread. The format didn’t help, because the hopefuls weren’t competing against each other, and there was precious little sign of the backers doing so either.”
Matt Baylis, Daily Express

“The show’s return was hugely frustrating. The latest plot is so laboured, it could be lifted from a Seventies futuristic serial such as Logan’s Run. The first 20 minutes consisted entirely of actors looking meaningfully at each other while explaining what happened last time, and spouting mechanical dialogue.”
Christopher Stevens, Daily Mail

“Humans won’t compete with Westworld on wild ambition or imagination, and certainly not on budget. But I like it better; it’s more pressingly relevant. And more human.”
Sam Wollaston, The Guardian

“The clue is in the title – as with all good sci-fi, Humans is both compelling tragedy and riveting drama because it’s about the humans, not the robots.”
Benji Wilson, The Telegraph

“Thanks to great dialogue and a quality cast, this avoided being just another clichéd whodunnit and Lee Ingleby’s consistently nuanced performance, ensuring you never quite knew what he was thinking, deserves applause.”
Carol Midgley, The Times

“Witty, melodramatic, knowing and pell-mell, this is irreverent sci-fi that isn’t afraid to send itself up one minute, and scare your socks off the next. And that’s how the genre should be.”
Christopher Stevens, Daily Mail