Models; Twin; The Nest; Have I Got News for You 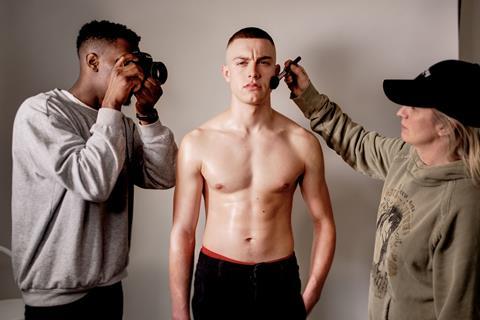 “I would have liked more on what it is like to be a man and to be objectified by photographers for a living, but neither Ethan nor Jordan reflect on that aspect of their chosen profession. But both nail what it means to them. “It’s a bit easier staying still taking pictures than robbing people and selling their stuff – and at least it’s legit,” says Ethan.”
Stuart Jeffries, The Guardian

“This has the makings of a breakout hit. It is a premise that could be played out as a black comedy, with Erik as a bemused Big Lebowski-figure. Instead, writer and director Kristoffer Metcalfe goes for something more serious but which stops short of deathly Nordic noir, with naturalistic performances and characters who feel grounded in reality despite how far the plot takes you.”
Anita Singh, The Telegraph

“The juiciest elements here, though, are not in the plot, but in the human interactions it facilitates. Imagine the man who, unbeknown to the police, ran you off the road to your “death” turning up to offer sympathies to your “twin” (who is really you) and crassly mentioning that you owed him money.”
Carol Midgely, The Times

“After two so-so episodes The Nest finally got its boots on and started showing its moves. When the show wasn’t ticking pat TV-drama boxes and giving us aspirational interiors this was a very good episode, with the baby having to be delivered early after Kaya collapsed, her secret finally out. The dialogue stepped up several gears. At this stage it’s hard to say where it will go… but this is much more like it.”
Carol Midgely, The Times

Have I Got News for You, BBC1

“It was less like a panel show and more like an awkward family chat over Skype but Have I Got News For You somehow succeeded against the odds. Overcoming multiple technical challenges, it managed to deliver 30 minutes of topical wit and warm camaraderie. We even got a peek inside five sort-of-famous people’s houses, which is always a bonus.”
Michael Hogan, The Telegraph