Mood; Rock Till We Drop; The Holiday 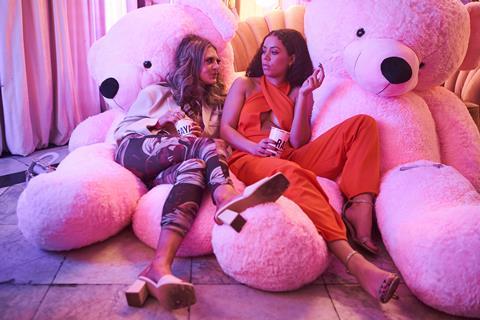 “Nicole Lecky has adapted her theatrical monologue into a bold, formally inventive TV series with incisive thoughts about contemporary womanhood. It’s a fairly bleak watch, and Sasha is a challenging protagonist: aggressive, entitled, guarded. But there’s a compelling authenticity to Lecky’s world which draws you in. This is exactly the kind of fresh voice that BBC Three should be championing – and why the channel’s return could yet be cause for celebration.”
Marianka Swain, The Telegraph

“Mood captures the pernicious grip of social media, the easy slide from viral content to ‘image modelling’; and sex work. Dawn Shadforth, whose credits include Adult Material and numerous music videos, directs, and the music is impressive, but while some interludes mesh organically with the narrative, others verge towards the showcase. It’s a somewhat sprawling debut but Lecky has something to say — or sing — that’s worth listening to.”
Alice Jones, The Times

“It has a clever way of sidestepping expectations, and feels fresher than its component parts initially suggest. Sasha is a woman in pain, and this can be painful to watch. But this drama is invigorating, and refreshingly easy in its own skin.”
Rebecca Nicholson, The Guardian

“Mood was an intense and absorbing exploration of female agency, racism and ambition. What distinguished Mood was how it used the international language of pop to convey Sasha’s anguish as she had a seismic falling-out with her mother and found herself homeless. Under the pop gloss, it packed a devastating emotional punch.”
Ed Power, The i

Rock Till We Drop, BBC2

“A show with bags of heart and an irresistible premise. It was uplifting to see all of them giving it their best shot. And it was a lesson for any young person tempted to dismiss the old: every elderly person you see has had a far more interesting life than you imagine.”
Anita Singh, The Telegraph

“The tension was spoiled by an opening sequence, showing us fights from later rehearsals. Do the producers suppose we’ll instantly forget the shots of a bass player in tears or the drummer throwing away his sticks in disgust? Those memorable images revealed who would be picked — and ruined half the fun.”
Christopher Stevens, Daily Mail

“Sun-kissed Malta provided the balmy backdrop to Channel 5’s new thriller, The Holiday. Yet the sunshine couldn’t obscure the fact that this was a glum, box-ticking whodunnit. As the undercooked psychological caper got under way, the real mystery was whether there was a plot with a pulse beneath the toe-curling dialogue.”
Ed Power, The i

“The problem is that these middle-class couples are too interchangeable. The wives are uptight, over-protective, frustrated, gossipy and suspicious. The hubbies are boozy, resentful, sly, boring and deceitful. It’s hard remembering who is married to whom, and you could swap all of them around without changing the story.”
Christopher Stevens, Daily Mail