“Continues both to baffle and stir” 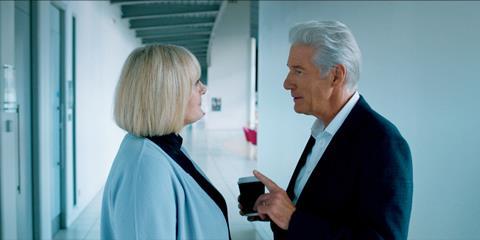 “It keeps reminding me of David Hare’s Collateral in that there is some quality writing and standout performances, but it still feels artificial and sermonising. There’s enough to keep me watching, but equally I wouldn’t much care if I were out next Wednesday and missed it.”
Carol Midgley, The Times

“MotherFatherSon continues both to baffle and stir. On the one hand, you throw up your hands at the drama’s cloth ear and grandiose overreach. But at other times, it cuts through with a fizzing ambition to juggle big ideas. I still can’t quite pin down what I think of it all, but a showdown beckons and I’ve no intention of dropping out.”
Jasper Rees, The Telegraph

“I rather like that I don’t like Lisa, who is winningly played by Morven Christie. The test of The Bay is whether, between them, she and scriptwriter Daragh Carville can maintain the tension in the idea of a copper who may pay a high price for one indiscretion. In yet another plot about a small town where everyone has secrets, hers is much the most intriguing.”
Jasper Rees, The Telegraph

“At its best, Liza Williams’ series – with its mixture of archive footage and new interviews – is a social document. Above all else, The Yorkshire Ripper Files provides a profound and deeply disturbing testament to the consequences of women not being heard.”
Tim Dowling, The Guardian