Motherland; The A Word; Rick Stein’s Road To Mexico

“As cutting as a school-gate mum, as mucky as a year two art lesson and as much fun as a free-for-all in the water pistol factory.” 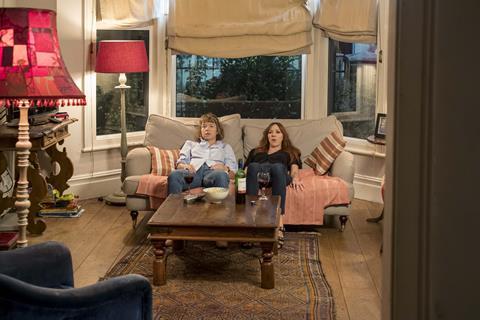 “As cutting as a school-gate mum, as mucky as a year two art lesson and as much fun as a free-for-all in the water pistol factory. It’s a fine antidote to the smug cutesiness of Outnumbered and all those other TV shows in which the kids are worldly-wise hucksters and family life is one long sequence of adults rolling their eyes good-naturedly.”
Matt Baylis, Daily Express

“There’s a danger that this kind of thing could easily become a bit of a middle-class snowglobe with jokes for and about a small subset of Londoners whose lives do indeed revolve around kids’ parties and school fundraisers. But the comedy in Motherland is so scabrous and unrelenting that nothing about it ever feels cosy.”
Benji Wilson, The Telegraph

“Motherland is a comedy that captures those moments of parental misery and magnifies them. It’s not just the exaggerated situations that are easy to recognise. Motherland is stocked with familiar characters who stop short of being stereotypes. It’s also crammed with lines that bring unexpected laughs which are blurted out.”
Christopher Stevens, Daily Mail

“It takes every rosy idealisation of motherhood and laughs manically into its face. Then dumps all over it. This isn’t belly-laugh comedy, it goes deeper than that. In an age when motherhood has been sanctified and rhapsodised it is refreshing to see it kicked off its pedestal and bathed in hard truth.”
Carol Midgley, The Times

“Everything is terrifyingly recognisable, testament to the writers’ (loads of well-known people) powers of observation, but also why I find it a teeny bit ghastly. Golly, doesn’t Anna Maxwell Martin’s overwrought Julia annoy well?”
Sam Wollaston, The Guardian

“The A word itself is excellent, taking on loads of important issues. Less impressive is the background. Not the Lakes, which are lovely, but the pettiness of village life, family squabbles, on-off marriages, new boyfriends, comedy migrant workers, caricatures – it is soapy and slight, and I wondered if Joe – and the subject – deserved more.”
Sam Wollaston, The Guardian

“Not having a child with autism I don’t feel qualified to say whether The A Word’s portrayal of the disorder and its impact on the family is accurate. As a piece of drama, though, it was compelling and unexpectedly cheering.”
Carol Midgley, The Times

“If anything, the first episode of the second series moved further towards being a family drama in which one of the couples that we’re following happens to have a young son who has autism.”
Benji Wilson, The Telegraph

“It was great stuff and Stein never failed to pass on his own, sweetly humble blend of excitement and awe. Sadly, the segments where he recreated dishes from his travels were, rather like coming back home from a smashing trip, something of a letdown.”
Matt Baylis, Daily Express

The Fight for Mosul, Channel 4

“There is little in the way of explanation – it’s observational rather than journalistic. But there is a purity and an honesty in that. And it takes you as close to war as it is possible to get. It is an extraordinary film – insanely brave, but also intimate and human.”
Sam Wollaston, The Guardian