“The whole thing was a joy” 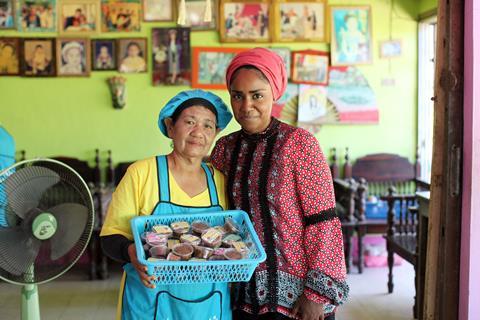 “As a travelogue and cookery show, it passed muster. As a document of personal growth and discovery, it was charming and inspiring.”
Gabriel Tate, The Times

“The whole thing was a joy. It is only two parts, a quarter of the length of her journey around Britain, but were it twice as long I suspect I would still be hungry for more.”
Lucy Mangan, The Guardian

“While it confirmed that Hussain is as likeable a screen presence as they come, it also confirmed that even a likeable screen presence can’t save a duff programme. My suspicion is that some go-getting producer had got wind of Hussain’s DNA test results and booked the flights there and then, only stopping to ask what they were actually going to do in Asia once they got there.”
Benji Wilson, The Telegraph

“A curmudgeon might say that it was a pretty flimsy concept to hang a TV series on but something about Hussain makes Grinchy feelings wither and die. Undeterred by the fact that her dinner resembled a haute cuisine version of an I’m A Celebrity… challenge, Hussain gamely chowed down on crickets, ant ‘caviar’ and bug crisps. Through it all, her girl-next-door charm never wavered.”
Sarah Hughes, The i

“The whole show left an odd taste in the mouth. Nadiya spent much of the hour in tears — guilt-ridden at the spectacle of poverty, missing her family and remembering her grandfather in Bangladesh. When a glimpse of water buffalo started her sobbing, I began to worry that solo travelling isn’t healthy for her.”
Christopher Stevens, Daily Mail

“The experiments weren’t exactly watertight but there can be few better ways to spend an hour than being educated while watching babies and toddlers messing about.”
Gabriel Tate, The Times