No Body Recovered; The Grand Tour Presents; Yorkshire Firefighters; A Year in the Beacons; Myth & Mogul

“The unhappy story was well documented here with intimate access to the police investigation.” 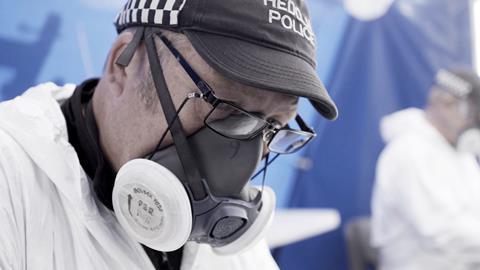 “The unhappy story was well documented here with intimate access to the police investigation, that led steadily to the uncovering of the truth.”
Dominic Maxwell, The Times

“What held our interest wasn’t any element of suspense – if a suspect is named and pictured at the beginning of a documentary, you can be pretty sure they’re going to be convicted by the end of it – but the explanation of how the police put their case together. Thanks to programmes like this, the public can gain a greater understanding of police work.”
Anita Singh, The Telegraph

“No Body Discovered was a methodical account of the CID probe after builder Michael O’Leary disappeared. As always on these documentaries, filmed as the case unfolds, the police guarded their words — I suspect those on camera get media training before filming starts, because no one shows off or makes melodramatic statements. There was only one suspect and he was soon in custody.”
Christopher Stevens, Daily Mail

“The temporary cancellation of normality as we know it has brought out the best in the creaky triumvirate. This is made clear in their latest Top-Gear-But-Not film for Amazon Prime Video, which harks back to their glory days of burning rubber and narking off BBC nabobs. It’s chummy, plummy going, with the three pillars of petrolhead pratfalling, piling on insults, and barking into their walkie talkies with practised mateyness. Lochdown is the moment at which Grand Tour casts aside its swanky Amazon trappings and embraces its true identity. And that is as a shameless reincarnation of Top Gear at its ruddy, muddy denim-on-denim zenith.”
Ed Power, The Telegraph

“Around the station and in the fire engines, the camera work tended to be jerky, with shifts of focus that made tiresome viewing. But the images from the monstrous fire, which burned for days last November, were spectacular and filmic. With the orange glow and the blue lights against the smoke, the scene was like a sci-fi movie — with figures in breathing apparatus emerging from the Technicolor smog.”
Christopher Stevens, Daily Mail

A Year in the Beacons, ITV

“You will see few more beautiful images this year than the autumn trees on the Glanusk Estate or the aerial shots of the sheep on the land the Phillips family have farmed for five generations.”
Dominic Maxwell, The Times

“The new three-part Netflix documentary Myth & Mogul: John DeLorean traces his story with a level of detail that at times skates close to being exhausting as well as exhaustive, but manages to compel overall. There is nothing new or revelatory in this documentary, I suspect, to anyone with a working knowledge of DeLorean or his rise and fall. But it bears retelling – and this is a stylish retelling, at least.”
Lucy Mangan, The Guardian