“A frightening, informative, look at life under the terror of a totalitarian regime.” 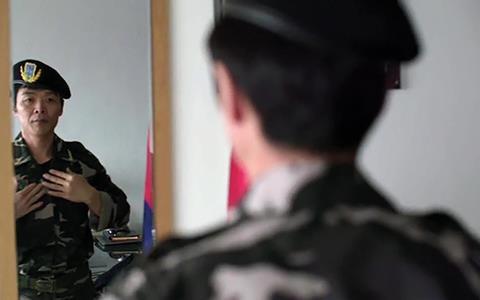 “Time and again in Sarah Collinson’s excellent film, we were reminded that these were not experienced spies used to talking in riddles, but desperate people trying to make sense of enigmatic, rushed messages delivered under constant risk of interception or exposure. The paranoia and despair were thick and tangible.”
Gabriel Tate, The Times

“Storytelling was nonjudgmental, precise and powerful. We were eased in with everyday missives from those inside, before later given shocking reminders of the brutal risks they face. A frightening, informative, look at life under the terror of a totalitarian regime.”
Sarah Carson, The i

“In a timeline that moved from nuclear testing to the North Korea-US summit in Singapore, little changed on the ground: people are ignorant of the internet and fed on surreal propaganda. But the information void cut both ways. This was the emotional heart of this pessimistic documentary, and the starkest illustration of the psychic distress caused by the division of families and states.”
Jasper Rees, The Telegraph

“World’s Weirdest Homes served up a surfeit of eccentricity, although little of it was quite as irritating as I had feared. Only one of the homeowners was completely awful. There was no wider message unless you were unaware that tall houses had good views or that hippies liked to dance sensually and sing songs to tomatoes. Yet with the people and the light-touch architectural detail, it was diverting enough.”
Gabriel Tate, The Times

“Far more interesting than the architecture were the characters who choose to live in these crazy houses. Christian entrepreneur Aad Peters was sailing a replica of Noah’s Ark along Holland’s canals, hoping to spread The Word. Unfortunately, Aad’s experiment had uncovered a plothole in the Bible story: you can’t persuade elephants to live on boats.”
Christopher Stevens, Daily Mail

“Everyone talks to themselves in Death And Nightingales, probably because it would be unrealistic to expect others to listen to such prosy claptrap. At first, I thought that gormless expression Jamie Dornan wears, as brooding farmer Liam, was meant to convey deep emotion, but now I suspect he’s just bored out of his brain. At least that hideous fiddle music has been toned down.”
Christopher Stevens, Daily Mail

“With one instalment to go I’m wondering whether it mightn’t have worked better as a single drama. This second episode closed with no urgent crescendo or suspenseful insistence that we all rush back for next week’s finale. And it coasts along to a languorous beat. The weather is a bother too because, while there was much angry talk of Fenians and Prods and all the familiar old hashtags, this cloudless paradise just doesn’t feel atmospherically Irish.”
Jasper Rees, The Telegraph

“I was hit by a pervading sense that this might be the closest I am ever going to come to feeling young again. There is only one way to enjoy Vic and Bob and that is in the moment, like a child. You can try to analyse what they do… better just to marvel as it takes flight, born on the warm currents of guff emanating from two friends who still just make each other laugh and are glad to have others along for the ride.”
Lucy Mangan, The Guardian