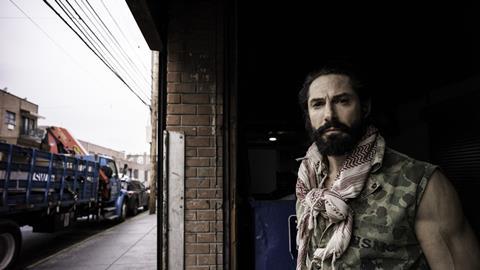 Once Upon a Time in Iraq

“A compelling ‘alternative’ narrative to the invasion of Iraq”

Once Upon a Time in Iraq, BBC2

“As an account of the events of 2003, this is enthralling, pacy and masterly. “We saw it on the news and thought we had missed the war,” says the photographer Ashley Gilbertson, recalling the invasion. But the war was yet to come. The immediate aftermath was a mess, “total bedlam”, as she puts it. The country was destroyed, the infrastructure gone, with no thought as to how to rebuild. The oil ministry was the only building left protected by the troops.”
Rebecca Nicholson, The Guardian

“Despite its epic title, echoing Sergio Leone’s spaghetti Westerns, Once Upon A Time In Iraq is not as ambitious. But the interviewees are well chosen, particularly the young woman who was six when the bombing began. She remembers her mother throwing her body over her and her siblings, to protect them from the blasts. Only the former U.S. Marine, Sgt Rudy Reyes, struck a false note, flexing his bare biceps and swigging theatrically from a bottle of tequila before he began to talk. He loved the memories of combat: ‘It was godlike,’ he said.”
Christopher Stevens, Daily Mail

“The first of this excellent five-part series proved a compelling “alternative” narrative to the invasion of Iraq, told by ordinary Iraqis and soldiers who watched it unfold at street level. The Iraqis interviewed were fascinating precisely because they had not been anti-American. Far from it.”
Carol Midgley, The Times

“The impressions we have of Iraqi civilians are mostly from the news footage of them, like extras in a movie, screaming in grief after yet another atrocity. This sensitively made documentary about Iraq’s agonies changes that. At last, we hear from those who went through it.”
Sean O’Grady, The Independent

“In all the news coverage of foreign conflicts, civilians are the wretched backdrop, wailing as their homes are destroyed or their children buried. But here, Iraqis were given time and space to speak. They were smart, articulate, given to moments of dry humour. Film-maker James Bluemel chose his subjects wisely; they were people just like you and I, was his message, with the misfortune to be born there and not here”
Anita Singh, The Telegraph