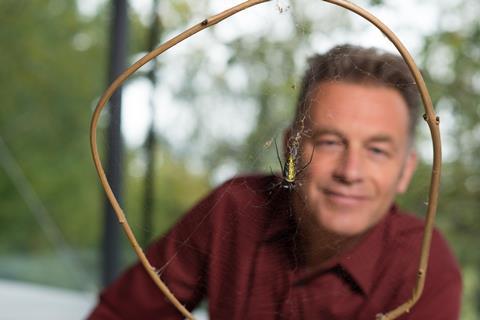 “A solidly entertaining and informative series about the natural world that doesn’t make you pray for the extinction of all human life. What more could you ask for right now?”
Chitra Ramaswamy, The Guardian

“McDonald & Dodds, after a strong start last week, descended into giddy farce with a plot flimsier than a moth’s pantyhose. I quite like its stab at being ITV’s version of Death in Paradise (in Somerset), but even with the daftest murder mysteries you have to believe notionally in the killer’s motivation. I didn’t buy it for a second. I do like this drama’s cheery, escapist vibe and the interplay between Jason Watkins and Tala Gouveia, which is fresh and original. But the denouement was just nonsense.”
Carol Midgley, The Times

“It was nice to see the writers taking an interest in local history rather than just using Bath as a pretty backdrop. And although my personal preference is for bone dry, straight-up detective drama with a twist of lemon, there was enough to enjoy in the knowingly daft plot.”
Gerard Gilbert, The i

“Up and down the country, people were bored into comas or simply lost the will to keep breathing. This two-hour plodathon might be the first crime drama to qualify as a serial killer in its own right. After a promising start, this series has completely lost its way.”
Christopher Stevens, Daily Mail

“Last week Bloodlands woke from its torpor and executed a Jed Mercurio-ish twist. Bafflingly, having finally got our attention, it shuffled down two gears again and reverted to one-note dour vagueness for too much of last night’s episode. The cast here is mostly strong; the problem is that following the plot is like trying to nail a not very appetising jelly to the wall.”
Carol Midgley, The Times