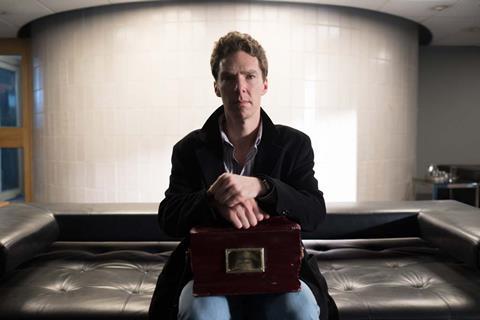 “I was already a Cumberbatch fan but this surpassed anything I’ve seen him do. As the portrayal of a screwed-up posh boy’s descent into gurning, hallucinatory, drug-fuelled insanity it was superb.”
Carol Midgley, The Times

“It is an immersive experience: not just watching Melrose, but kind of being him as well. There are other fine performances… but this is the Cumberbatch show and it has come to town. He hits just the right note: hilarious, but also tragic, irritating, exasperating. He is, and it is, brilliant.”
Sam Wollaston, The Guardian

“David Nicholls’ adaptation vividly conveys the momentary ecstasy, grubby aftermath and surreal ‘routine’ of the addict’s life. Director Edward Berger directs with pace and a ton of visual flair. And there’s a rich supporting cast of fellow eccentrics. If it can avoid the temptation to be an over-glamourised jaunt through the lives of toffs behaving badly, it could be another jewel in the Sky crown.”
Jeff Robson, The i

“Offbeat and richly nuanced, it unfolds at a meditative pace while making sharp observations about pop culture, capitalism and crime. There aren’t jokes or set-ups – yet it’s very funny, the deadpan exchanges perfectly judged.”
Patrick Smith, The Telegraph

“Presenter Ella Al-Shamahi represents a great find for the documentary world, a brilliant young archaeologist, a rising star of Neanderthal research and a sparky, witty presence on screen. Sadly, this programme devotes rather too much energy to what Neanderthals looked like.”
Matt Baylis, Daily Express