“This was billed as Hollywood’s life story in four slices — but a confection this sickly is hard to swallow.” 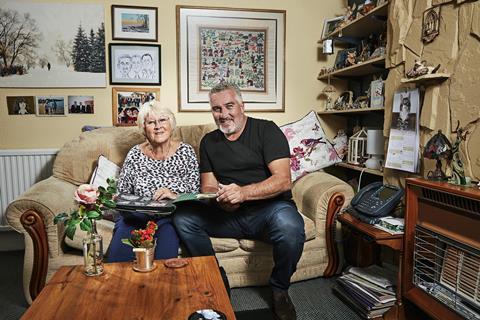 “Paul Hollywood: A Baker’s Life couldn’t have been a more positive PR exercise if it had been called Paul Hollywood: Maybe Mel and Sue Were the Bads Guys All Along. The show itself was pleasant and light, with Hollywood coming across rather well.”
Chris Bennion, The Times

“A Baker’s Life was a blatant vanity project, a creepy thank-you present from the Bake Off production company to the only one of the four presenters and judges to stay aboard after the £75 million move from BBC1 last year. This was billed as Hollywood’s life story in four slices — but a confection this sickly is hard to swallow.”
Christopher Stevens, Daily Mail

“The show gets better when Paul gets back to doing some fancy baking, a Madeira cake, and he is joined by Prue, then by Sandi and Noel, who help with the icing. They are probably a bit embarrassed at having to be involved in this Paul Hollywood vanity project, but they do instantly improve it, with wit and a bit of self-awareness.”
Sam Wollaston, The Guardian

“Hollywood has lived up to the glitz and glamour of his surname. His life is full of fast cars and media appearances, and I’ve always thought he had the ego to go with it. Unfortunately, Paul Hollywood: A Baker’s Life only confirmed he has.”
Daisy Wyatt, The i

“For those worrying that empathy seems in short supply these days, Employable Me was television to warm the cockles. It was inspiring and chastening: television as much about its viewers as its subjects, it challenged perceptions and proposed that we should redesign society rather than redesign individuals.”
Gabriel Tate, The Telegraph

“With such extraordinary subject matter, it’s a pity that the storytelling style was sometimes formulaic. But this show had a lesson for everyone.”
Christopher Stevens, Daily Mail

“It was great to see two employers rethinking their hiring policies and giving two, highly employable men a break. There are many bosses out there who might not, though.”
Matt Baylis, Daily Express

“You might have already been familiar with the White Helmets, an ad hoc group of men in Aleppo who move heaven and earth, and rubble, to try to save lives after the daily airstrikes inflicted on the city. But last night’s Storyville: Last Men in Aleppo was still remarkable. It was a jolting first-person account that did not flinch from the horrors it encountered.”
Chris Bennion, The Times

“There’s much talk, right now, about what it means to be a man. Last Men In Aleppo: Storyville hopefully silenced it. These were heroes who didn’t go in for heroics.”
Matt Baylis, Daily Express