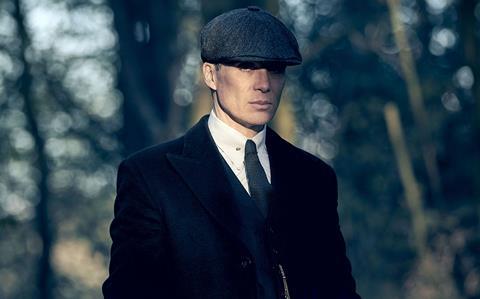 “This was the Peaky Blinders we have fallen in love with over the past nine years – a dark, gloomy, tense, intricately planned (but never too complicated) show, full of exceptional performances and the underhand machinations of a loveable rogue gangster.”
“Emily Baker, The i

“The Peaky theme park remains open with most of the rides still running. If the show had a smell, it would be a mix of aftershave and lager; the whole thing still thrums with the febrile energy of a Friday night out with the lads about to turn nasty.”
Chris Bennion, The Telegraph

“What’s most significant about Peaky Blinders is not so much its narrative arc or its bump to the regional economy as its sartorial reproof to our disgusting era. We live in a time, after all, in which people have to be told not to turn up to Sainsbury’s in their jimjams. What a pleasure it is to see Beau Brummies strut their heteronormative, masculinist stuff.”
Stuart Jeffries, The Guardian

“Sandra Oh remains fantastic as Eve, whose gradual journey from nerdy safety to delicious self-destruction has been the only thing about the post-Waller-Bridge years that has ever really worked. Jodie Comer, on the other hand, is struggling as Villanelle, lost in the nonsensical idea of this stone-cold monster trying to find redemption. It’s still recognisably Killing Eve and it’s still kinda cool, but it’s out of new ideas.”
Jack Seale, The Guardian

“On the whole, this was a fine opening to Killing Eve’s last run, with some new (but admittedly irritatingly convenient) plot points raised and a reliably great performance from Oh, who I would watch reading the dictionary – but it also served as a reminder of the show’s disappointing failure to build on one of the best, most exciting debut seasons of TV in years.”
Lauren O’Neill, The i

“There’s an element of excitement that’s not quite there. As Eve determinedly voyages across borders and around dangerous corners to uncover this secret gang, it’s hard to fully care whether she finds it. The programme is entertaining, and no viewer will regret spending an hour or two with it. But it’s hard not to expect and want something more from a project with this calibre of performers; it shouldn’t just be ‘fine’.”
Nicole Vassell, The Independent

“You could easily hate him – if he weren’t Stanley Tucci. But he is, and he is charming. And – you might have to prepare for this and possibly avail yourself of a contraceptive if you do not want to risk becoming pregnant through the screen – he speaks Italian. Tucci is an utterly inoffensive guide throughout this sweet, light delizia of a documentary.”
Lucy Mangan, The Guardian

“Tucci is a wonderful actor but a less engaging tour guide, largely because he’s as smooth and perfect as a gleaming burrata. His appearance is impeccable, his delivery advert-ready. As a result, his tour through the food, history and culture of Italy’s 20 regions plays out like one of those films they show on aeroplane seat backs just as you land in a new city.”
Benji Wilson, The Telegraph

“This foodie travel doc, the first of six, was just 40 minutes long. Made for the U.S. market, it left space for 20 minutes of ads. The overall effect, as he travelled from Naples to Minori on the Amalfi coast, was rushed and disjointed. Stan narrated in the American style, his inflexion falling at the end of every line so that every sentence sounded like a final statement. If you’ve ever wondered why U.S. documentaries always seem so ponderous and pompous, that’s the reason.”
Christopher Stevens, Daily Mail