“After two decades of railway journeys and appearances on This Week, Michael Portillo has finally made the television programme he was born to make” 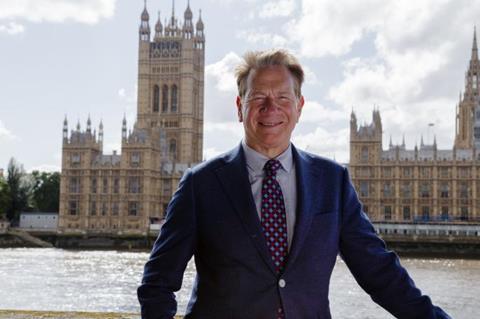 Portillo: The Trouble with the Tories, Channel 5

“While Portillo had lined up a quality array of talking heads, doubtless willing to help out an old mucker, I’d have liked more of his expert analysis. He also sometimes failed to ask a killer follow-up question. One thing we learnt is that he isn’t Andrew Neil. It was, though, a good, gossipy 75 minutes, full of quickfire soundbites.”
Carol Midgley, The Times

“After two decades of railway journeys and appearances on This Week, Michael Portillo has finally made the television programme he was born to make. It was mainly a series of interviews, but it didn’t need to be much more because Portillo has the kind of contacts book that political editors can only dream of. Every Tory big beast bar Larry the Cat was interviewed, and yet if Portillo was calling in favours he didn’t give anyone an easy ride.”
Benji Wilson, The Telegraph

“Britain’s Giant Pet Food Factory is a steady bet for an hour of solid entertainment. It takes the odd appeal of factory TV and combines it with animals – which, as our dog-packed schedules suggest, we also love to watch. But it drains all the joy out of both, and ends up as an ad-friendly slog that lacks any substance.”
Rebecca Nicholson, The Guardian

“Britain’s Giant Pet Food Factory was a giant plug for Mars pet foods and a coprophiliac’s dream. If you didn’t feel nauseous watching staff inspect and rate the stools of dogs who test the food at the Melton Mowbray plant then you certainly would have seeing the human staff actually tasting it. The pet food, that is, not the faeces. Robert Webb pushed on heroically with an arch voiceover, but even he struggled when the film bored on about pet food machinery. The sweet cats and dogs saved it.”
Carol Midgley, The Times

“As the title suggests Britain’s Giant Pet Food Factory is a hugely detailed, and hugely pointless, exploration of how pet food is made. I think this was classic having-cake-and-eating-it documentary-making: Mars provided access to strong imagery such as the meat smoothie and the poo-assessment charts, but the film-makers didn’t want to be seen to be making a Mars corporate video, so they stuck on a voice-over implying this is all a bit silly, isn’t it?”
Benji Wilson, The Telegraph

“Broke appeared to take an innovative documentary approach last week but this time it couldn’t resist the temptation to get political. What began as good journalism, letting the subjects speak for themselves, has let itself down with cheap preaching and bias.”
Christopher Stevens, Daily Mail