“Sometimes the right television series comes along at the moment you need it and Pose is just that: shimmering balm for the Brexit-eroded soul.” 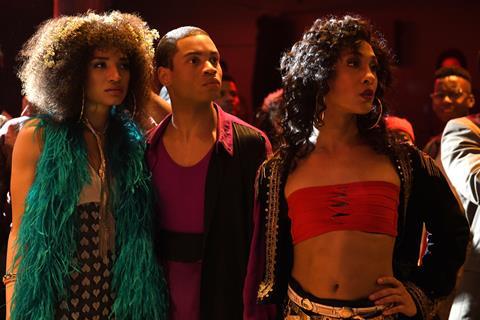 “Sometimes the right television series comes along at the moment you need it and Pose is just that: shimmering balm for the Brexit-eroded soul. For an hour and a bit, all the cynicism and rage evaporates and you rise from the sofa on a cloud of killer lines dropped from the hard-won lips of black trans women; the sound of Donna Summer; and sheer, fishnet-tights-clad resilience. I am trying to rein myself in, which is something that Pose refuses to do. So sod it – I am head over heels in love with this show.”
Chitra Ramaswamy, The Guardian

“Nine minutes into Pose and I wasn’t feeling it. I had heard it was the most spectacular opening to a TV drama ever, but while I could see the effort made, it didn’t half go on and I just wanted it to cut to the story (that museum raid was ridiculous). But when it did it revealed, beneath all the vogueing, archness and bitchy one-liners, a deep, beating heart and a soul in pain.”
Carol Midgley, The Times

“The feature-length first episode tipped a Fedora hat to everything from Flashdance to Wall Street, but came out character rich and emotionally affecting. It pitched the straight world and ball culture together, highlighting the fragility of both. Pose glittered on the surface, but its pain was drawn from a deep well.”
Chris Harvey, The Telegraph

“This was the sort of documentary that, while not visually exciting (ATMs and stolen post aren’t exactly sexy), was mesmerising because it affects everyone. But the programme could have told us how to protect ourselves better, what signs to look for.”
Carol Midgley, The Times

“The documentary tried studiously not to labour the point, as if it was just a coincidence, but one factor stood out: all the gangs came from overseas. Organised criminals target Britain because sentencing is so lenient.”
Christopher Stevens, Daily Mail

“This bleak portrait of Britain, where stabbings are an everyday occurrence, killers feel no remorse and witnesses daren’t come forward, created a panicky sense of escalating violence, with no end in sight. This was a film that examined the situation, looked for answers and grasped for hope. There wasn’t much to be had, and grief was everywhere.”
Chris Harvey, The Telegraph

“Serious documentaries usually demand a professional presenter. Duwayne Brooks, an amateur, was earnest, and so emotional that he wept as he interviewed a couple whose son had been murdered coming home from the pub in a quiet village. This deeply personal approach wouldn’t work for most reports, but it was exactly what we needed here.”
Christopher Stevens, Daily Mail

“It was presented with grace and insight by Duwayne Brooks. His experience has given him an unforced bond with the bereaved, and his ethnicity and background seems to put younger interviewees – knife carriers and/or victims – at greater ease too. It was a dense, well-balanced and carefully judged programme throughout.”
Lucy Mangan, The Guardian