Pose; The Queen and Her Prime Ministers

“It is a joy to be back with these lovable and fallible characters.” 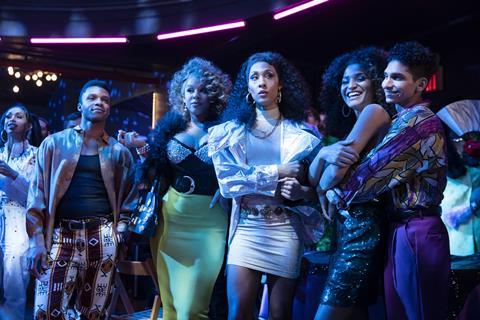 “The climactic season of this love letter to New York’s underground ‘ball’ scene, and its pioneering queer, trans and racially diverse community, is the most melodramatic yet. Featuring screeching tonal shifts, it juxtaposes grim reality – the peak of the Aids epidemic – with a glittering fantasy of found families and fabulous fashion. Inspirational? Yes. Subtle? Good God no.”
Marianka Swain, The Telegraph

“It is a joy to be back with these lovable and fallible characters. Taking place as much in hospital corridors and funeral homes as on dancefloors, Pose continues to be masterful at encompassing the duality of late-20th-century LGBTQ+ existence as increased freedom of self-expression and the bonds of community go hand in hand with the devastation of the Aids pandemic. Never has a TV show told diverse, queer and trans stories like this, with honesty, nuance, empathy and – most importantly – hope.”
Rachel Sigee, The i

“It is its own mini-masterpiece, beautifully written and characterised and managing to meld seamlessly vain peacocking (the LGBTQ ballroom/vogueing scene in New York) with the heartbreakingly profound (the many young people killed by Aids and their friends watching them die while knowing that they could be next). True, the shrill, camp histrionics and bitchy one-liners can sometimes grate and you long for more normal conversations without smart-arse quips. Yet this series shows, very tenderly, the abyss of pain that such preening rapier badinage masks.”
Carol Midgley, The Times

“As Pose’s third and final series airs, it’s clear the show’s big revelation was never that ball culture could entertain the masses but that the specific heartaches of a marginalised few could resonate deeply with the masses. The imperious Electra (Dominique Jackson) doesn’t hold back with the insults, reading her rivals for filth at the slightest provocation; the costumes are utterly “sickening” (as Lola would say); and the next soapy secret or lip-sync extravaganza is never far away. These elements retain their capacity to delight, despite often being flimsily strung together by threadbare plotting.”
Ellen E Jones, The Guardian

The Queen and Her Prime Ministers, Channel 4

“The last of three Royals Declassified documentaries promised a new understanding of the Queen’s relationship with her prime ministers over the decades. It delivered nothing of the sort. You’d get more scoops standing behind an incontinent corgi.”
Benji Wilson, The Telegraph

“There was barely enough material to fill an hour on The Queen And Her Prime Ministers, as talking heads tried to guess which politicians Her Majesty did and didn’t like.”
Christopher Stevens, Daily Mail