“It was a poignant, loving, mostly upbeat tribute that, unusually for set-piece royal documentaries, actually seemed to be offering something new” 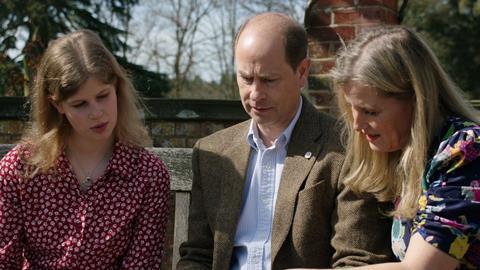 “Originally planned to mark Philip’s 100th birthday, it made a fitting memorial instead. He’d probably have hated it: he famously never liked a fuss. But we got a rounded portrait of the man described by his granddaughter Lady Louise Windsor as ‘one of the most interesting people I have ever met’.”
Roland White, Daily Mail

“It was a poignant, loving, mostly upbeat tribute that, unusually for set-piece royal documentaries, actually seemed to be offering something new. Philip played squeezy mustard games with his grandchildren, loved the Hairy Bikers, joked with Les Dawson about black puddings and shouted at his printer like everyone does because they are evil.”
Carol Midgley, The Times

““He was the most self-effacing man I knew,” the Earl of Wessex said of his father. One imagines that the Duke agreed to be the subject of this documentary with some reluctance. But one hopes he would secretly have enjoyed it. The programme was unfussy and unapologetic – just like the man himself.”
Anita Singh, Telegraph

“This gathering of The Firm – each member shot against a bare wall (not in the Bolshevik sense) – was the most obviously special aspect of a documentary originally intended as a 100th birthday tribute and partly filmed as such: Prince Harry spoke about his grandfather in the present tense.”
Gerard Gilbert, The i

“It is, simply as an apocalypse drama, good enough. And there are, as the series progresses, signs of hope that Yorick will be relegated further into the background, the female characters will come further to the fore, and that it will start to exploit some of the gyno-opportunities offered by the premise. It could just do with getting there a bit faster, that’s all. Before we’re outpaced by the world beyond, and the lights go out for real.”
Lucy Mangan, The Guardian

“There is a lot of hideous footage shown on TV these days – most of the news, George Galloway in a catsuit, some of the stuff on Homes Under the Hammer – and I don’t consider myself lily-livered, but my god, the makers of Y: The Last Man really went for it here. It was the young boys dying, then the animals, then the men, in that order, that got me. If you thought Disney+ was where you went for family-friendly fodder and some idle mouseketeering, well, sorry, but Mickey’s just carked it.”
Benji Wilson, Telegraph

“It was another of those programmes we’ve seen a million times before, designed to allow the audience to point/laugh/goggle at and/or note down business ideas from people living slightly more extreme sex lives than the average Joe. Levine is perfect for the job: witty, non-judgmental, and refreshingly unable to keep a straight face when in the room with a couple putting on a livestreamed show. She is also capable of asking the handful of Serious Questions such programmes require to provide a veneer of respectability to their actual mission of providing as much sex-adjacent action to viewers without getting shut down.”
Lucy Mangan, The Guardian

“[It] was about the tiny and complex world of atomic particles, and who’d have guessed it could be so gripping? Who needs spy drama when real-life science is just as thrilling?
Roland White, Daily Mail