“What a richly bonkers soup this show is.” 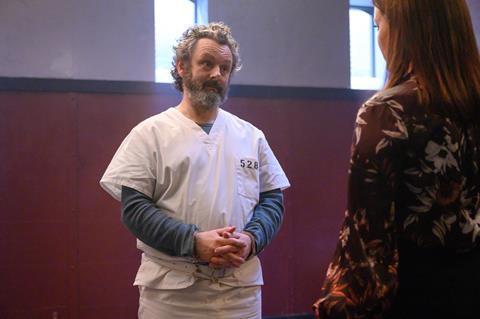 “After his droll turn in Staged, Michael Sheen arrives in Sky 1’s latest US import. He plays Dr Martin Whitly, charming, brilliant and… a deranged serial killer, known as The Surgeon, jailed for the murder of 23 victims. The twist is that the Doc’s son Malcolm (Tom Payne) works as a profiler for the NYPD, having been sacked by the FBI because of his “psychotic tendencies”. Their battle of wits is at the core of the show, as the Doc schemes to pull Malcolm back under his influence. This is an instantly addictive show, which poses some fascinating questions behind its fast-moving action.”

Adam Sweeting, The i

“As a cop show it was preposterous — full of lame wisecracking, silly chases and shoot-outs, daft coincidences and groan-inducing dialogue. However, it came fabulously alive whenever Martin and Malcolm shared screen time. Michael Sheen clearly revelled in his toothsome homage to Anthony Hopkins, and the two men’s need for each other felt oddly believable.”

Our Baby: A Modern Miracle, Channel 4

“The protagonists of this documentary were just like any other parents-to-be. Except that the baby’s mother used to be male, its father used to be female and they were using a surrogate in a different country during a global pandemic. This intimate and illuminating one-off film, sensitively shot over the course of a year by producer/director Gussy Sakula-Barry, followed Britain’s most prominent transgender couple. The film didn’t flinch from probing the pair’s often painful experiences of transitioning, their attitude towards gender stereotypes and the prejudice they’ve faced as they strove to realise their dream of becoming parents.”

“You might ask why the couple would want to have a film crew pursuing them during an already stressful year, in which they searched for a surrogate mother and tracked down a suitable sperm donor. Perhaps they hoped it would demonstrate to a broad audience that their emotions and ambitions are the same as anyone else’s. Or perhaps, as they seem to spend an enormous amount of time being interviewed on Lorraine and various other TV shows, they just couldn’t resist the publicity. The slightly sluggish narrative got a welcome surge of acceleration from the imposing of lockdown, which threw them into a panic because they had to get to Belfast where Laura, their surrogate, was about to give birth.”

Adam Sweeting, The i

“This was a collection of outtakes from her travelogues. The difficulty is that La Lumley is such a consummate television performer that most of what she taped had found its way straight onto the screen. We saw a minute or two of her slip-­sliding on the deck of an ice-breaker in northern Japan, and a sequence with an over-friendly mongrel in the deserted nuclear town of Fukushima, but it wasn’t hard to understand why these bits were left out of the shows.”