Prue Leith: Journey with My Daughter; Quiz; Believe Me: The Cyprus Rape Case; I’ll Get This

“This was a bit different from your bog-standard genealogy documentary” 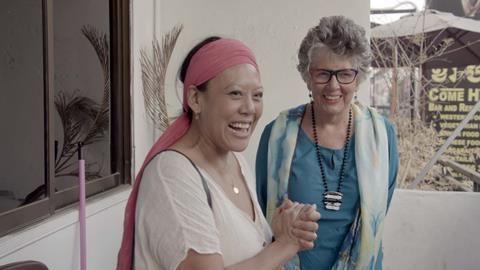 “This one-off documentary followed Leith and her daughter Li-Da Kruger, on a journey to Cambodia, where Kruger was born, 45 years ago. Why now? Leith admitted to some regret over her past lack of curiosity. This regret only intensified as their journey continued. Regular viewers of ITV’s Long Lost Family know, the drama of the search is but a prelude to the family reunion. We don’t quite get that emotional climax here. Just an emotional reserve that politely pulls back from asking the most pressing questions, and a lot of bemused-looking fourth cousins.”
Ellen E Jones, The Guardian

“The most revealing aspect of this documentary was its depiction of Li-Da’s relationship with Leith. As a Bake Off judge, Leith can seem brittle and brusque, a bit like Joyce Grenfell impersonating Margaret Thatcher. Here, though, we could feel the unbreakable emotional bond between the two women, with Leith even shedding a few tears: “This is ridiculous! I am not a woman who cries!”
Adam Sweeting, The i

“This was a bit different from your bog-standard genealogy documentary. Not only did it find a way to remind us of Pol Pot’s genocide far more intimately than any history programme, it was also a fresh way of exploring the supportiveness of the mother-daughter bond. Her self-admonishing honesty was something. Talking about the reasons she and her husband, Rayne Kruger, had wanted to adopt Li-Da in 1975, she said, “People say adoption is altruistic, but … I wasn’t concerned about Li-Da being wrenched from her cultural roots or the trauma she must have experienced as a tiny infant.””
James Jackson, The Times

“The action fairly barrelled along: fast-paced, funny and fascinating, it told a story even stranger than most of us realised. And it was just as fiendishly addictive as the blockbuster gameshow it portrayed. Also like Millionaire itself, it’s stripped across the schedules on consecutive nights to become, as Smith said here, “event television”. Exactly the kind of immersive entertainment we need right now.”
Michael Hogan, The Telegraph

“This true-life drama has been all kinds of wonderful, not least because of the pitiless portrayal of the TV execs as vain, swaggering bullies and sycophants. It is ITV’s answer to the BBC sitcom W1A, except that here all the incompetence and back-stabbing ends in a national scandal.”
Christopher Stevens, Daily Mail

“Presented by Julie Etchingham, did a thorough job of laying out the facts, sifting through legal arguments and winkling out significant details about how the local police conducted the investigation. The question not asked here was why the Cypriots behaved this way. Was there political pressure from the Israelis? Or do they feel contempt for hedonistic British girls who flock to the island for round-the-clock drinking and partying? Although the documentary reached no conclusions, one thing is clear: many will think twice before travelling to Cyprus again.”
Adam Sweeting, The i

“This feels as if it could have existed in the 1970s with Arthur Marshall, Willie Rushton and Frank Muir taking part. It is harmless fun.”
James Jackson, The Times