“So densely packed that you almost felt you wanted to watch it in 20-minute chunks, yet his curt wit was on top form throughout.” 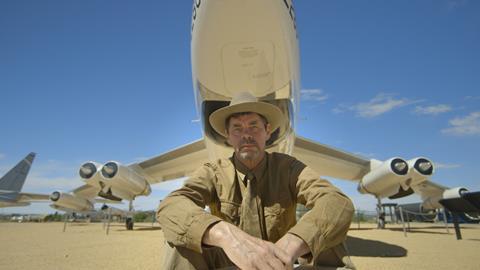 “Overall you were struck by how blackly comic the Cold War madness became (not that anyone was laughing). Hall’s erudite thesis was so densely packed that you almost felt you wanted to watch it in 20-minute chunks, yet his curt wit was on top form throughout.”
James Jackson, The Times

“Resembling an old outlaw who’d been dragged into town tied to the back of somebody’s horse, Hall cast a caustic eye over the neurotic decades after the Second World War, as East and West stockpiled missiles and pushed the threat of ‘mutually assured destruction’ to its limits. He was smart on how Cold War paranoia infiltrated everything from comic books to chess tournaments, as both sides desperately sought any kind of advantage.”
Adam Sweeting, The i

“Hall’s thesis was that the red menace was all sizzle and no steak. Rather, unprecedented US affluence produced anxiety. Such anxiety only needed a nudge from Senator Eugene McCarthy and allegorical sci-fi films such as Invasion of the Body Snatchers, to escalate into full-blooded terror of the Other.”
Stuart Jeffries, The Guardian

“It was a satisfying reveal, even if Leah McNamara rather went to town with the smugly-smiling-lunatic shtick. You could forgive the ending’s murkiness because the series earned it – the opaque mood became a character in its own right, so it was as if it were getting its due credit at the final curtain, before lingering in the mind like the residual feeling from a bad dream.”
James Jackson, The Times

“You wouldn’t expect a series called Dublin Murders to be a laugh a minute, but the cumulative anguish, menace and torment of this eight-parter made it almost unbearable, even if viewers were thrown a tiny scrap of hope in the final frames. There wasn’t much light relief, but Conleth Hill’s irascible Superintendent O’Kelly was a treat, and I enjoyed the shameless cynicism of Frank Mackey (Tom Vaughan-Lawlor).”
Adam Sweeting, The i

How To Halve Your Supermarket Bill, C4

“This was a depressingly literal programme. Anna and co-presenter Sabrina Grant visited two families, promising to halve their food bills. For the next hour, they grimly, joylessly did just that.”
Christopher Stevens, Daily Mail