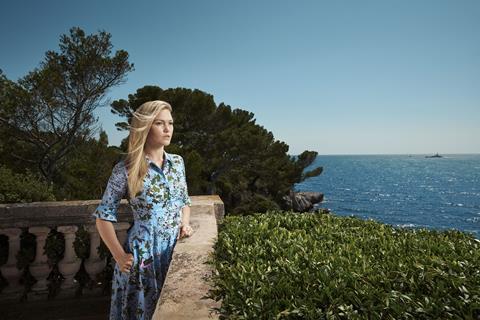 “Riviera is one of those shows about which one could almost write: ‘So bad it’s good.’ But not quite because it’s mostly just bad. Oh, I know you can appreciate this trash-tastic stuff ironically and I’m probably a misery guts who should lighten up. But this ain’t no Dynasty; the characterisation just isn’t strong enough.”
Carol Midgley, The Times

“This wasn’t so much a compelling drama as a glossy lifestyle catalogue. Amid all the pampered beauties and stubbly playboys, it was hard to find anybody to like, let alone root for. By the end, I was willing that rampaging boar to decimate the lot.”
Michael Hogan, The Telegraph

“Apart from Rene Zellweger’s exhaustingly effortful femme fataling, it’s tremendous fun. Everything you could possibly want is thrown into the mix and given a good stir.”
Lucy Mangan, The Guardian

“It’s utterly barking, with dialogue fruitier than a basket of bananas and a story that starts off unhinged and soon becomes completely decoupled from reality. However, the 10-part drama is also very addictive and you may well find yourself devouring episodes as if polishing off an extra large plate of chips even though you’re already stuffed.”
Ed Power, The Telegraph

“With fascinating insights into the workings of this apex predator’s body, this was an enlightening hour.”
Michael Hogan, The Telegraph

“Big Animal Surgery was an interesting idea that didn’t really work. Liz Bonnin supplied an interesting digression on why lions roar instead of meowing but this show didn’t grip the emotions.”
Christopher Stevens, Daily Mail

“Hatton Garden maintained its quality to the last scowling moment, which is just as well. The sight of grizzled, gurning, wheezing, irritable old men growling ‘shaddap’ and ‘fack off’ was beginning to lose its lustre. All in all a meticulous job. The drama, that is, not the heist.”
Carol Midgley, The Times