“It is thorough, legit, and addresses the issues, once you get past the stuntinesss.” 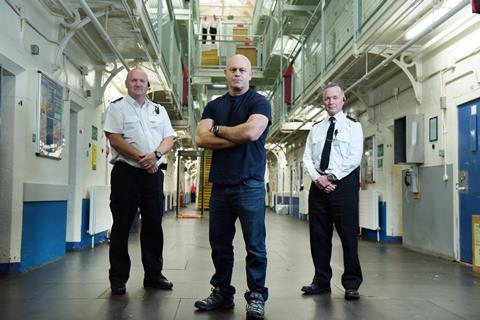 “Even if he doesn’t, or can’t, really experience what it’s like to be an inmate, he does at least meet and speak to plenty of people who do know. It is thorough, legit, and addresses the issues, once you get past the stuntinesss.”
Sam Wollaston, The Guardian

“The so-called big hoose was intimidating, but Kemp was the right man for the job, having a longer, harder stare, I’d bet, than many a lifer. He was firm but fair in his questioning.”
Carol Midgley, The Times

“Though he wasn’t banged up in a cell, he did take the camera crew into every part of the prison and coaxed some highly candid interviews out of the inmates. Deep under that tough exterior, there’s a bleeding heart. But he knows how to wring answers out of people, even when they are incriminating themselves with admissions of crimes.”
Christopher Stevens, Daily Mail

“This three-parter was at times harrowingly bleak. Sympathy for refugees may have waned among many, but who could fail to be moved by, say, the unflagging positivity and cheerfulness of Ali and Sharin, a pair of Afghan newlyweds who endured many setbacks, but still found humour and a love of life in every situation no matter how depressing?”
Carol Midgley, The Times

“When Ali and Shirin find a moment to walk hand in hand, admire the sunset, have a bit of a giggle, to be the newlyweds they are, it’s a rare chink of light, a welcome reminder of the resilience – even in the most desperate circumstances – of humanity and humour and love.”
Sam Wollaston, The Guardian

“No one interested in history can fail to notice how much of it is about homelessness. Even the USA, now planning a giant wall to keep the Mexicans out, was founded as a place that let people in. Exodus: Our Journey Continues merely charts another chapter of this endless saga but crucially, takes it out of history and into ongoing, human lives.”
Matt Baylis, Daily Express

Harry Styles At The BBC, BBC1

“The hour-long, one-off music special was in the Beeb’s worst pop tradition. It was sycophantic, cheesy, slow and embarrassing.”
Christopher Stevens, Daily Mail

The Ganges with Sue Perkins, BBC1

“Sue spent much of the third instalment poking fun at men, who were really doing little more than being poorly dressed, not particularly well-groomed and staring, as people do when they come from backgrounds less privileged and more narrow than Sue’s own. It seemed a little cruel, at times, although it was offset by frequent, quite staggering bursts of bigheartedness.”
Matt Baylis, Daily Express