Rules of the Game; The Secret Life of Our Pets

“It’s a mad thriller in which Maxine Peake furiously vapes her way through each episode with a set of eyebrows that make her look like Cheshire’s answer to Cruella de Vil.” 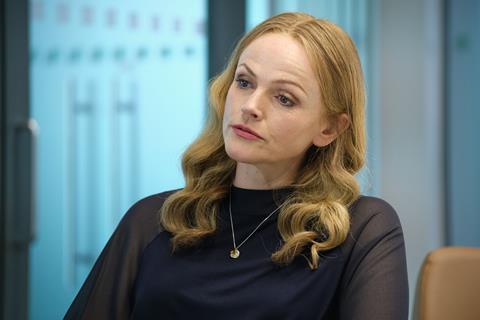 Rules of the Game, BBC1

“It’s a mad thriller in which Maxine Peake furiously vapes her way through each episode with a set of eyebrows that make her look like Cheshire’s answer to Cruella de Vil. The tone is more Doctor Foster than searing exposé. It doesn’t have anything particularly clever to say about the #MeToo movement, but as a soapy whodunit set in the office of a fictional rival to JD Sport, it’s entertaining.”
Anita Singh, The Telegraph

“As the troubled Maya, Rakhee Thakrar sometimes allowed a welcome streak of humour to poke through, while Maxine Peake is typically impressive. There’s some nimble writing by Ruth Fowler, sketching a convincing web of characters even as things are escalating so rapidly and finding room for a few humorously observed shots at corporate mundanity as well as the community of bosses’ wives, gossiping at ‘cheese club’.”
James Jackson, The Times

“Several plot strands start to weave together – along with a lot of dark humour that delivers unexpected belly laughs. They make a rich and heavy tapestry, but a convincing one (at least until very late in the series, when a touch of melodrama creeps in). But where Rules of the Game excels is in the bits in between – the parts that give us the backdrop and illustrate the wider environment in which workplaces are merely concentrations of ever-present toxins permeating our lives in a million subtle ways.”
Lucy Mangan, The Guardian

“Peake does what she can to display the conflict of a woman who is proud to have made her own way up the business, but is not blind to the wrongs. There is also a fantastic supporting turn from Alison Steadman as the Jenkins family matriarch, Anita. But too often, the script and performances have all the subtlety of a boss’ hand up a skirt at the Christmas do. In this black and white world, the men are all villains, and all the women are victims, even those who have helped enable the abuse and protected the abusers.”
Ed Cumming, The Independent

“So far, this four-part drama is an unconvincing and sordid fairy tale about one kind-hearted woman who stumbles into a nightmarish world of modern-day ogres and witches. The first episode did feature a cameo from Alison Steadman as the matriarch of the company — hard to please and even harder to fool. If her character comes to the fore, Rules Of The Game could pick up. So far, it seems to be unpleasant simply for the sake of being nasty.”
Christopher Stevens, Daily Mail

“Writer Ruth Fowler has lined up some hot-button subjects and wrapped them in mystery, but I could have done without the concurrent police investigation. Maya could have been left to do her own sleuthing. But then, perhaps there’s a hidden contractual clause in TV drama commissioning – that at least one scene per episode must be conducted in a police interrogation suite.”
Gerard Gilbert, The i

The Secret Life of Our Pets, ITV

“An hour of this cheap and charming show set the world to rights.”
Christopher Stevens, Daily Mail

“This highly enjoyable hour about animal communication also featured a parrot that keeps ordering its favourite food, strawberries, via Alexa, whenever its owners are out. Try explaining that when asking for a refund.”
James Jackson, The Times